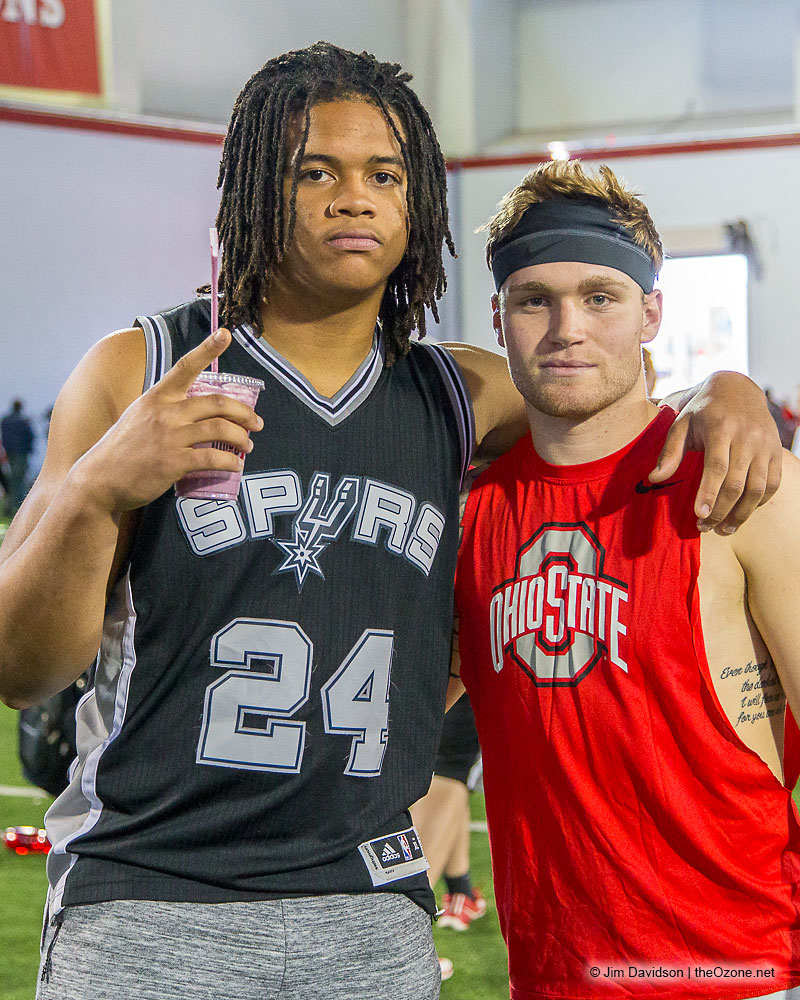 Chase Young is a consensus 5-star prospect (Rivals, 247Sports and Scout) and one of the Top 10 players regardless of position in the nation, with Rivals and 247Sports each ranking him No. 8 overall … he is also considered one of the Top 2 defensive ends, with both 247Sports and Scout listing him No. 2 and Rivals and ESPN rating him No. 3 at the position … the No. 1 player in the state of Maryland, Young helped DeMatha, coached by Elijah Brooks, win the 2016 state championship with a 12-0 record by recording 118 tackles and 37 tackles-for-loss, including 19 quarterback sacks … he also forced five fumbles and had a strip sack fumble return touchdown and an interception return touchdown … named the Washington Post’s all-metropolitan defensive player of the year … named a U.S. Army All-American and to the American Family Insurance all-USA Football Team … played two seasons at DeMatha and team finished on a 17-game winning streak … played two years at Pallotti High School in Laurel, Md., before transferring to DeMatha … No. 36 on the PrepStar Top 150 Dream Team … a finalist at The Opening this past summer in Beaverton, Ore. … recorded 27 tackles for loss, including 19 quarterback sacks, in 2015 for DeMatha, which has now won four consecutive Washington Catholic Athletic Conference titles … is the son of Carla and Greg Young.