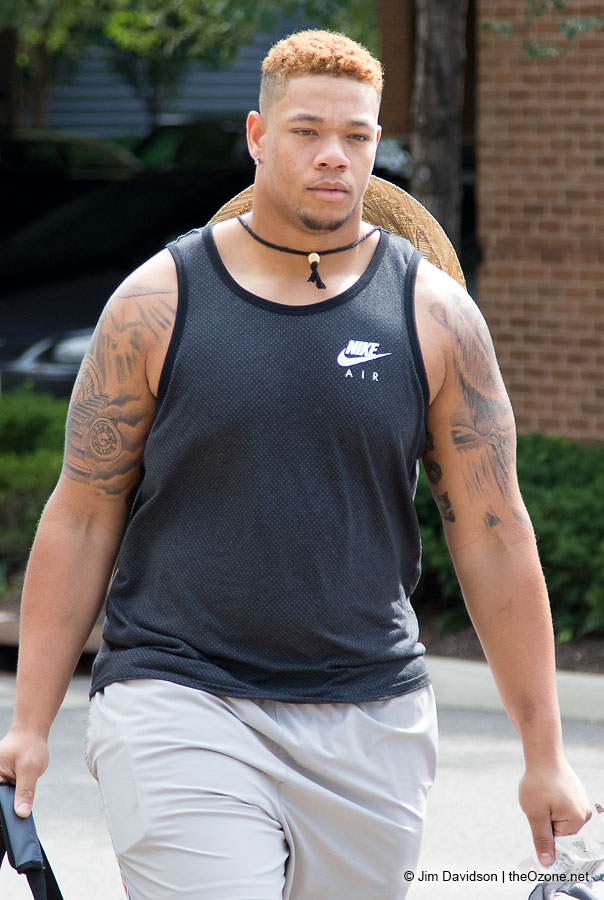 Demetrius Knox is competing for a starting spot
Vitals

2015 Season (Redshirt Freshman): Knox earned his first Varsity O letter in 2015 as he played in all 13 games for the 12-1 Buckeyes … most of his playing time was on special teams, but he did line up for offensive snaps in five games with a high of 15 plays against Rutgers … Knox, who redshirted the 2014 campaign, is majoring in sport industry.

More on Demetrius: Consensus four-star prospect Demetrius Knox played tackle for an undefeated All Saints Episcopal team but had high national rankings as an offensive guard … Rivals rated Knox as its No. 2 guard prospect and Scout (No. 7), 247Sports (No. 10) and ESPN (No. 11) also had him highly ranked … considered among the top players in the nation regardless of position, Knox was rated as high as No. 45 overall by Rivals with Scout ranking him No. 107 … helped All Saints Episcopal and coach Aaron Beck to consecutive, 11-0 seasons and Southwest Preparatory School championships … was selected to play in the U.S. Army All-American Bowl in January and was named one of seven recipients of a Rotary Lombardi Award “Chip Off the Old Block” award in 2013 for outstanding play and community service achievements … listed among the Top 20 seniors in the state of Texas … comes home to Ohio, as he was born in the state and lived in the Dayton/Springfield area … is the son of Aledia Cavitt and Reggie Knox.