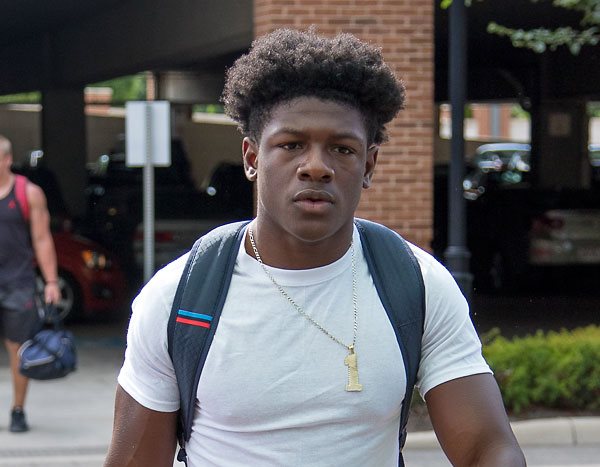 Jahsen Wint is fighting to get into the two-deep
Vitals

Overview: Jahsen Wint, a receiver/linebacker at Erasmus Hall and coached by Danny Landberg, projects as a safety for the Buckeyes … a 4-star prospect (ESPN), Wint comes from the same school as current Buckeye Curtis Samuel … an all-NYSSWA Class AA linebacker as a senior, Wint was rated as high as the No. 1 athlete in New York state by ESPN and the No. 1 safety prospect by Scout … he also earned the No. 21 athlete ranking nationally by ESPN … overall, he was selected as the No. 7 player in the state by Rivals … Wint helped the Dutchmen to consecutive Public School Athletic League championship games … was named to the all-USA New York team by USA Today … also competed in track and field (middle distance sprints and long jump) … Wint is the oldest of five children … Mom is Claudette Ramos and he is also extremely close to an aunt, Diana Wint.