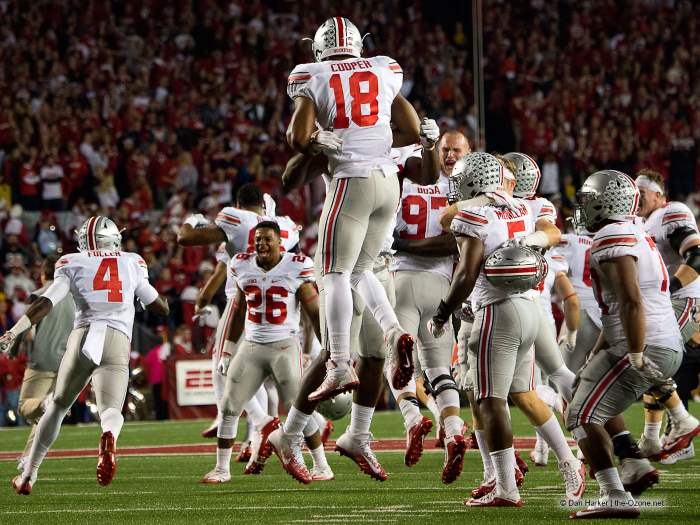 Jonathon Cooper is fighting for a spot in the rotation
Vitals

Overview: Jonathon Cooper enrolled in classes at Ohio State in January 2016 and participated in the team’s 2016 spring drills … he came to Ohio State rated as a 5-star prospect by 247Sports and considered one of the Top 50 players in the nation by that organization (No. 25 national ranking) and Scout (No. 35 overall) … Cooper was listed as one of the Top 5 defensive ends in this class, with 247Sports ranking him as the No. 2 weak-side end and with Rivals and Scout rating him the No. 5 defensive end … he was named to the All-USA Ohio football team and the state defensive player of the year by USA Today and was first-team Associated Press all-state as a senior … he helped Lincoln, coached by Bruce Ward, to a 7-4 season in 2015 and a berth in the Ohio state playoffs … is the son of Jessica and Jude Moorman.