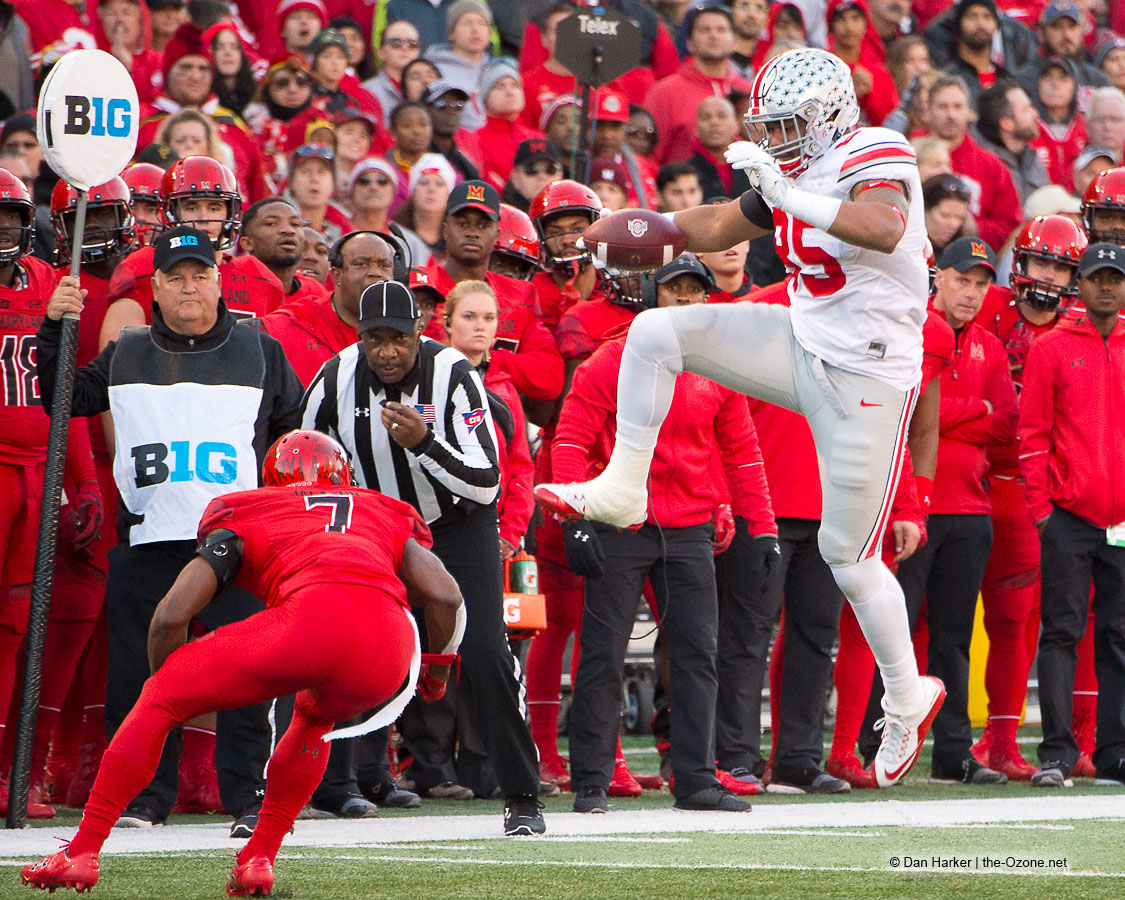 2015 Season (Sophomore): Baugh played in all 13 games for the Buckeyes to earn his second Varsity O letter … his play continued to improve as the season went along and his playing time increased from an average of 15 offensive plays per game for the first five games of the season to 38 plays per game over the last eight games of the campaign … during this stretch he earned his first starting assignments with Ohio State employing two-tight end sets … the starts came against Penn State, Rutgers, Illinois and at Michigan … recorded a career-long 27-yard catch in the Fiesta Bowl win over Notre Dame.

2014 Season (Freshman): After red-shirting the 2013 season as a true freshman, Baugh emerged on special teams in 2014 and played in 12 games for the national champions to earn his first Varsity O letter … he also lined up as a tight end on offense in three games, including playing a then personal best 42 plays in the win over Kent State … recorded his first collegiate reception with a two-yard touchdown catch in the Kent State game … played in each of the Buckeyes’ post-season games, including a combined total of 18 special teams plays in games against No. 1 Alabama and No. 2 Oregon.

More on Marcus: Baugh was a consensus four-star prospect (ESPN, Scout, Rivals, 247Sports) as a senior and a Top 150 player overall, including a No. 73 ranking on the final Scout 100, a No. 102 ranking on the ESPN 150 and a 148 ranking on the final Rivals 250 … considered among the Top 3 tight end prospects in his recruiting class (Scout and 247Sports) … played in the 2013 Under Armour All-American game … caught a combined 68 passes for 1,138 yards and 10 touchdowns as a junior and senior for John W. North High School and coach Mark Parades … his senior season included 38 receptions for 610 yards and he was named second-team Division II all-state … as a junior he caught 30 passes for 528 yards and seven touchdowns … was also used as a wide receiver, running back and linebacker by Parades in 2012 … has family in the Central Ohio area as an aunt lives in Reynoldsburg (Mom, Debbie Clausen’s, twin sister) and he has a cousin who attends Ohio State