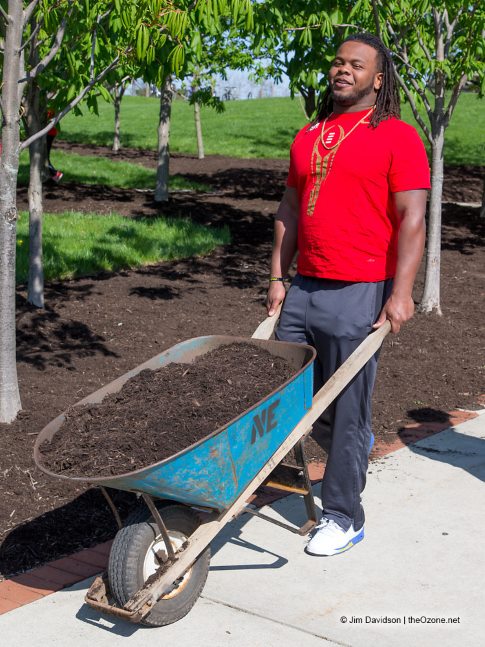 Tracy Sprinkle has lost in the spring, but never to Michigan
Vitals

2016 Season (Junior): Suffered a season-ending knee injury in the first game of the year.

2015 Season (Sophomore): Sprinkle played in all 13 games for the 12-1, Fiesta Bowl-winning Buckeyes and contributed four tackles and recovered a fumble from his defensive tackle position … he was in tackle rotation all season and his playing time increased throughout the season, topped by a 60-play performance in the Fiesta Bowl win over Notre Dame that included 49 snaps on defense … had his high of two tackles in the win over Virginia Tech.

2014 Season (Freshman): After red-shirting the 2013 season, Sprinkle played in three games as a freshman in 2014 for the College Football Playoff national champions: Kent State, Rutgers and the Big Ten championship game vs. Wisconsin.

More on Tracy: Sprinkle was one of five Buckeyes in the 2013 recruiting class to enroll at Ohio State in January 2013 and take part in spring drills … The 2012 Associated Press first-team all-Ohio selection and Division I co-defensive player of the year, Sprinkle recorded 19 sacks and 30 total tackles-for-loss among his 103 tackles as a senior … dominant games included five sacks against Amherst Steele and four sacks (and 12 tackles) against Hudson … the first defensive player since Matt Wilhelm in 1999 to win the prestigious Lorain County Golden Helmet award as the best player in the county … also was named the Northeast Ohio All-Lake District Defensive Player of the Year as a senior … Elyria, coached by Kevin Fell, was 7-3 in both 2012 and 2011 … Sprinkle, a Top 30 strong side defensive end by 247Sports, had 27 sacks his final two seasons of play … he was a third-team all-state pick as a junior after making 94 tackles and eight sacks … is the son of Tracie Sprinkle and Percy Hicks.