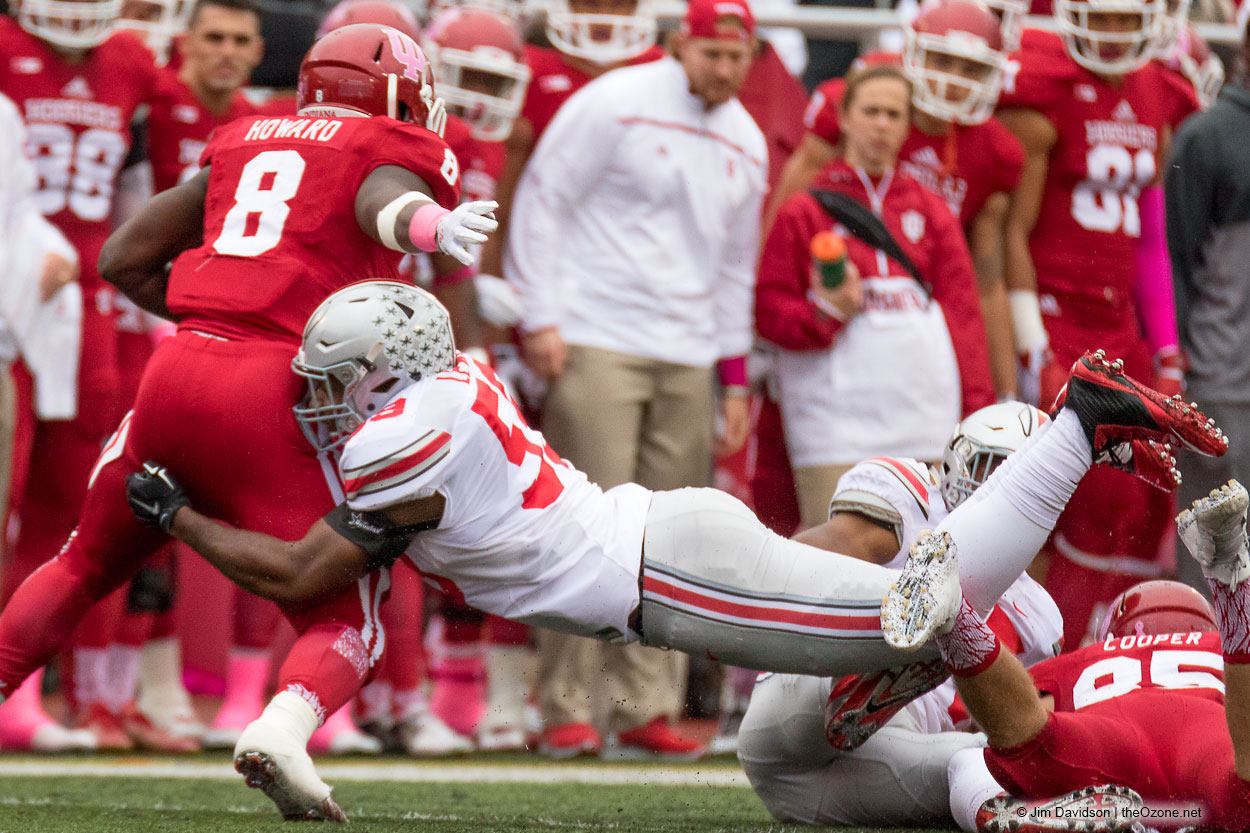 2016 Season (Junior): Smith-Brown Big Ten Defensive Lineman of the Year … leads a stellar Ohio State defense — it is 4th nationally in total defense, 1st in passing efficiency defense, 4th in scoring defense and 15th in rushing defense — with 7.5 quarterback sacks and 10.0 tackles for losses totaling 57 yards … has 27 total tackles, five quarterback hurries, three forced fumbles and two pass deflections … had 1.5 sacks and a forced fumble in the win at MSU … had four tackles, 2.0 TFL and 1.0 sack in the road win at Maryland … recorded the walk-off sack in overtime to seal the win at No. 8 Wisconsin … five tackles, 1 FF, 2.0 TFL and 1.0 sack in the win over Indiana … had four tackles, 1.0 sack and a forced fumble in the win over Tulsa had one tackle and 0.5 TFL in the opener vs. Bowling Green … two tackles at Oklahoma.

2015 Season (Sophomore): Lewis started all 13 games for the 12-1 Buckeyes and ranked sixth on the team from his defensive end position in total tackles with 54 … included was 14.0 tackles-for-loss (second-most on the team behind Joey Bosa) and a team-high 8.0 quarterback sacks with both figures among the Top 10 in the Big Ten Conference … was named honorable mention all-Big Ten by both the coaches and the media … recorded a personal-best 3.5 tackles-for-loss vs. Indiana plus had 2.5 vs. Maryland and 2.0 vs. Virginia Tech … registered career-best 2.0 sacks vs. Maryland … 16 TFL yards vs. Maryland also set a personal best … set a career-best with eight total tackles against Michigan State and with seven stops vs. Northern Illinois, Indiana and Minnesota … ranked second among defensive linemen with 731 snaps … had at least one special teams snap in every game.

2014 Season (Freshman): Lewis played in all 15 games for the College Football Playoff national champions … his 224 plays included 201 snaps on the defensive line with the rest special team’s appearances … had a personal-best 36 plays vs. Illinois and had 35 vs. Kent State … was called on for 25 snaps along the defensive line in the national title game vs. Oregon … he had nine tackles on the season, including 2.5 tackles-for-loss (8 yards) and a quarterback hurry.

More on Tyquan:Lewis was a four-star defensive end prospect (Rivals, Scout, 247Sports) from Tarboro, N.C., and Tarboro High School … a Top 25 defensive end who comes from a tremendous program at Tarboro … the Vikings, coached by Jeff Craddock, won three consecutive North Carolina Class 2A state championships and had won 21 consecutive games before falling in the 2012 state championship to East Lincoln … Lewis was injured in the title game but still played and earned defensive player of the game honors … he finished his senior season with 13 sacks and was named to the Associated Press all-state team … he had 12 sacks among his 63 tackles as a junior … is the son of Tyronda Whitaker, and a proud big brother to three younger brothers: Kenai, Tylie and Christian.