The college football season is here. Or at least it is for those who cover it, anyway.

The Opening Media Session with the coaches will begin at 1:00 pm Eastern and will air live on BTN. There will be ongoing coverage as BTN pulls coaches and players onto their set for interviews.

We will have a Two-Minute Drill from Urban Meyer’s session immediately after it ends around 2:45 pm Eastern.

That will be followed up by a Notebook from Meyer’s one-hour session later in the afternoon, and then something similar following the session with the players early in the evening.

Here is Monday’s schedule. (All times are Central.) 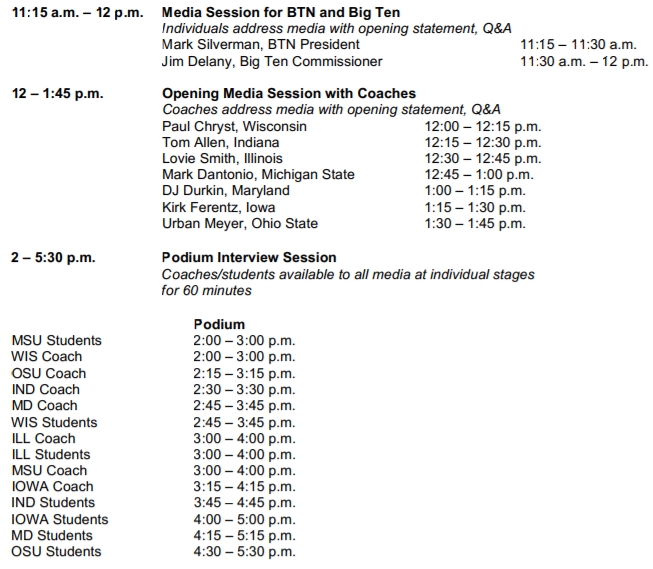 Here is Tuesday’s schedule, featuring the rest of the Big Ten teams and players. 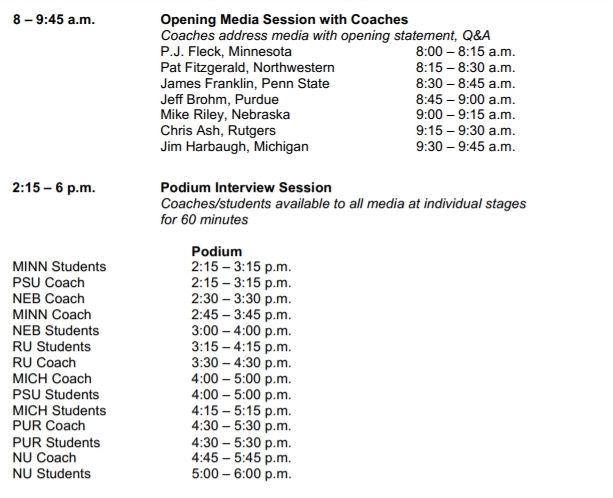 Monday won’t be the end of the Buckeye media availabilities this week, however, as Ohio State football practice begins on Thursday, July 27. Practice begins bright and early at 6:30 am and the media is allowed in for the first three periods. We’ll have some sort of practice report posted in the morning.

The Buckeyes will practice Thursday and Friday, then take the weekend off before hitting the field again on Monday.

We will have more on Ohio State’s practice schedule when the information becomes available.