COLUMBUS — Chris Holtmann is now 1-0 as Ohio State men’s basketball coach thanks to the Buckeyes’ 95-64 win over Robert Morris in the 2017-2018 season opener Friday night.

Redshirt junior forward Keita Bates-Diop led the Buckeyes (1-0) with 19 points and 11 rebounds in just 23 minutes of play. Seven of his rebounds came on the offensive end. Bates-Diop shot 9-of-12 from the field.

Ohio State actually trailed 6-2 early in the game before going on a 14-2 run to gain control of the game.

Bates-Diop started a 12-0 run with a layup at the 8:16 mark of the first half, and he would add five more points in that stretch.

Mixed in that run was a steal and breakaway dunk by freshman shooting guard Musa Jallow, who scored 11 points in his Ohio State debut.

What was going through his mind on the breakaway?

What was going through Musa Jallow's mind on his first breakaway dunk? pic.twitter.com/qjfplSdVRN

Jallow had a second steal and dunk later in the game.

Ohio State led 46-26 at the half, and then kept the pressure on Robert Morris throughout the second half. The final 20 minutes of the game got a little ragtag for Holtmann’s liking — the Buckeyes finished with 19 turnovers, which Holtmann said would be the overarching takeaway from his Ohio State debut.

Speaking of debuts, freshman center Kaleb Wesson scored 13 points on 5-of-7 shooting and grabbed seven rebounds. Freshman forward Kyle Young capped the game with two straight dunks, including a putback slam off of a miss by walk-on forward Matt Lehmann.

Ohio State outscored Robert Morris 38-18 off the bench, and 28 of those points came from freshmen.

It will be a quick turnaround for the Buckeyes, as they host Radford on Sunday at 2:30 pm.

Keita Bates-Diop’s size was too much for Robert Morris. Colonials head coach Andrew Toole said after the game that Bates-Diop was bigger and longer in person than he looks on film. KBD scored inside and out — including 1-of-2 from three-point range. Robert Morris really had no answer for him in the paint, as he could snake around defenders without too much effort. After the game, Holtmann said the Buckeyes would go as far as Bates-Diop and Jae’Sean Tate take them.

Andrew Dakich was a surprise. He never shot the ball, but he handed out five assists and turned the ball over just twice. One of those turnovers was a no-look pass that he knew was a mistake as soon as he released it. He kept his dribble well and gave the ball up in a position to be deposited.

“Yeah, I tell ya, I could probably do a better job — I got multiple texts today from friends in coaching and just friends in general who said to take some time to enjoy the moment, and I completely ignored those texts. I was more probably anxious than I thought I would be. I don’t know why. I didn’t think I would be anxious. But I think you want to perform well for your home fans in your first opportunity to be in front of them. You want your players to perform well for themselves. So I was more anxious and tied up than I thought I would be yesterday and today. I think getting that under our belt is good. I don’t do a good job of that. My wife reminds me of that a lot. Hopefully I’ll do better at some point, but the 19 turnovers is my overriding thought right now.” — Chris Holtmann on taking a moment to enjoy his first win at Ohio State. 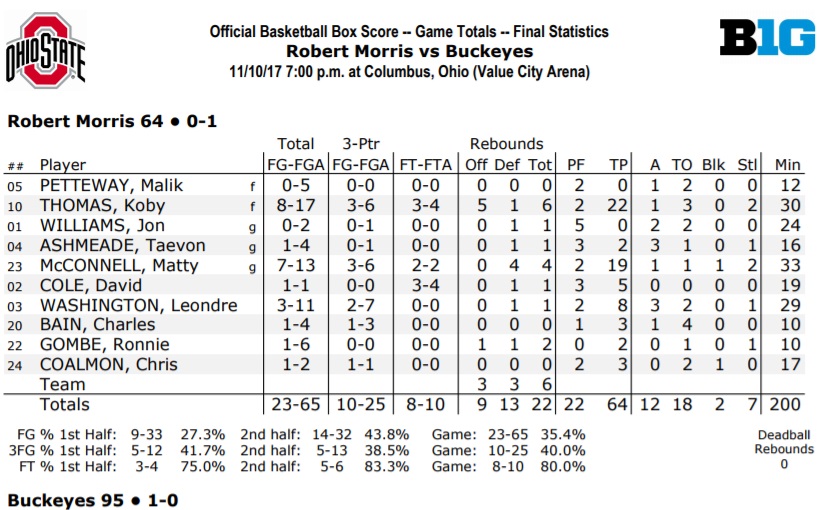 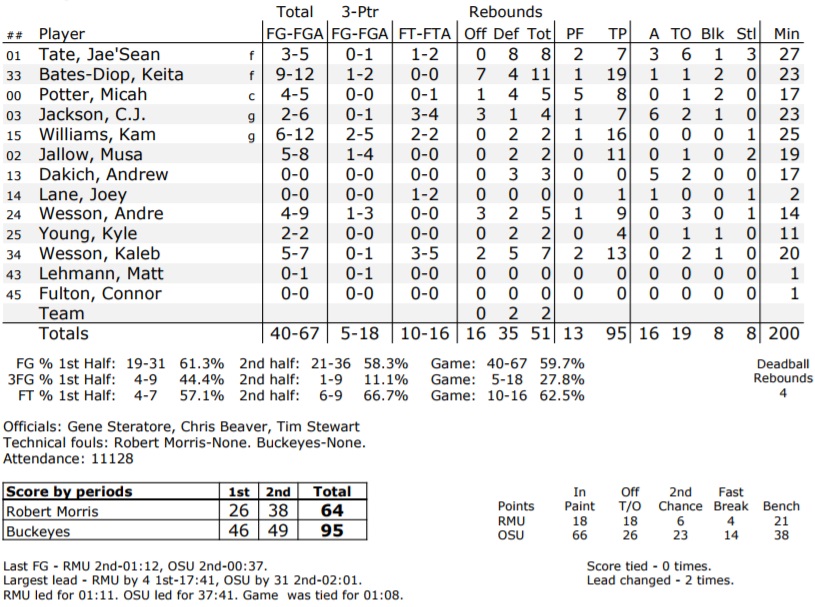