Pryor was Damon Webb’s backup at field safety as a true freshman last season. During the spring, however, Pryor moved to boundary safety and Fuller flipped over to field safety.

A hiccup in the progression wasn’t out of the ordinary, and Pryor is far from a finished product. This is a brand new world for him, but it’s exactly what he came to Ohio State to do.

“It’s a lot of responsibility, just making sure I’m a leader to my team and doing my job on and off the field. Being a good role model,” he said this spring. “The pressure is always there trying to be one of the greats, because this is BIA [“Best in America”]. So we’re just trying to make sure we strive to meet that opportunity.”

The boundary safety is often Ohio State’s last line of defense. Whoever starts there needs to be able to cover a wide patch of turf. That’s what made Malik Hooker such an ideal player at that position.

On Ohio State’s practice field, there is a red line outside of the numbers that runs down the length of the field from goal line to goal line. OSU defensive coordinator Greg Schiano says they strive to have safeties that can run from red line to red line when the ball is in the air downfield. It’s a rare quality, but was something that Hooker was famous for. 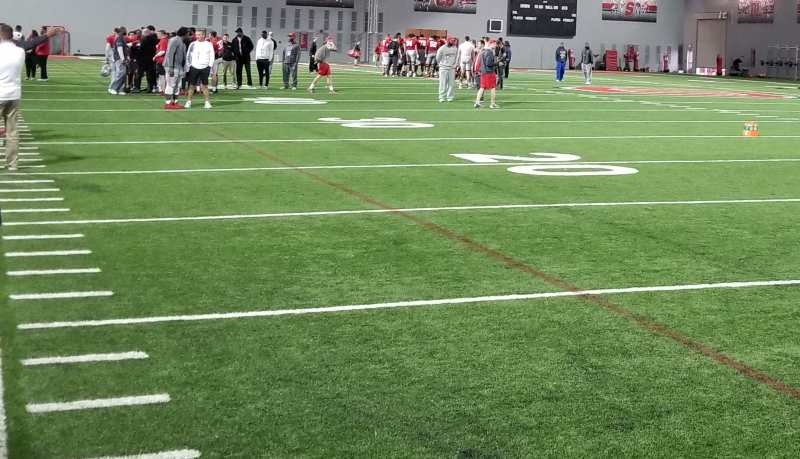 A year ago, Schiano said the Buckeyes may have somebody else in the program who could do it, but he wasn’t naming names.

Could it be Pryor?

“Yeah, I believe I can do that,” Pryor said. “He says red line to red line, but we’re always striving to go to the numbers. I always give that plus two, that extra effort. That’s what we’re trying to do.”

The extra effort is expected from everyone, so it will eventually come down to understanding and execution.

The coaches were hoping somebody would seize the job in the spring, but there was still plenty to like from Isaiah Pryor’s performance.

“I thought he improved. I did,” Schiano said. “Certainly had he improved so much that it was clear cut, he’d be named the other safety. But I did think he improved. He works incredibly hard. He was one of those guys that you can’t ever question his effort. It’s been my experience that when you have an athletic, talented guy who’s willing to work hard, eventually it works out.”

As his position coach, Alex Grinch watched Pryor closely throughout the spring. He saw the good and the bad, but saw more good than bad the more snaps Pryor took part in.

“The most positive thing that I’ll give you, you look at a guy like Isaiah Pryor, his best two days were during the last week of spring football,” Grinch said.

“Two stand out in particular, including the spring game. I thought he performed well. Certainly trending the right way. If I said his best week was the first week, that obviously wouldn’t be the most ideal situation. Credit to him that way as he improves. With all the guys, there’s a million things to improve on and he’s one of those guys. But he certainly improved as the spring went on and he’s going to have a great summer moving forward.”

Pryor knows he still has work to do, even over the summer. Everything he does in the Ohio State football facilities will be about being ready when the time comes.

“It’s a competition every day,” Pryor said. “So at the end of the day, I’m just trying to make sure that I’m ready to go on the field when my number is called.”