[Note: Nathan Hyatt is a new contributor for The-Ozone who will be doing some film breakdowns for us moving forward.]

As you all know, the Buckeyes defense was riddled by the big play this past season.

The big run was the main culprit. Only four teams in the nation gave up more runs of at least 40 yards than OSU did (12).

When you give up that many long runs in a season, and throughout the entire season, something major is wrong. The question becomes is it personnel, scheme, or the coaching of the scheme?

It is not personnel, unless you think Oregon State, TCU, Purdue, Maryland, and Northwestern have superior talent to the Buckeyes.

The Buckeyes did, however, have a schematic issue that ran through week 11 of the season. The Ohio State defense was consistently beaten on long runs to the boundary. This is where almost all of the long runs broke against Ohio State.

When the ball is on a hash mark, the wide side is called ‘the field’ and the short side, ‘the boundary.’ The Buckeyes play a 4-3 under front. In a 4-3 alignment, teams will move their defensive tackles along the front. The spots where the defensive linemen line up are numbered.

Here is a classic example of a team setting their 13 front to the strength of the offense. 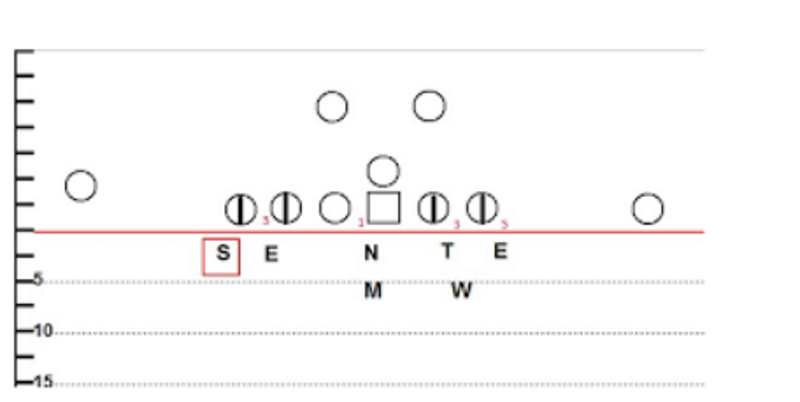 The Buckeyes are going to line up in a 13 front in the play against TCU below. Meaning the call side DT will line up to a 1 and the backside in a 3. Teams that run a 4-3 under will call their front to either the strength of the offense or to the field typically.

Shopping at the Wrong Gap 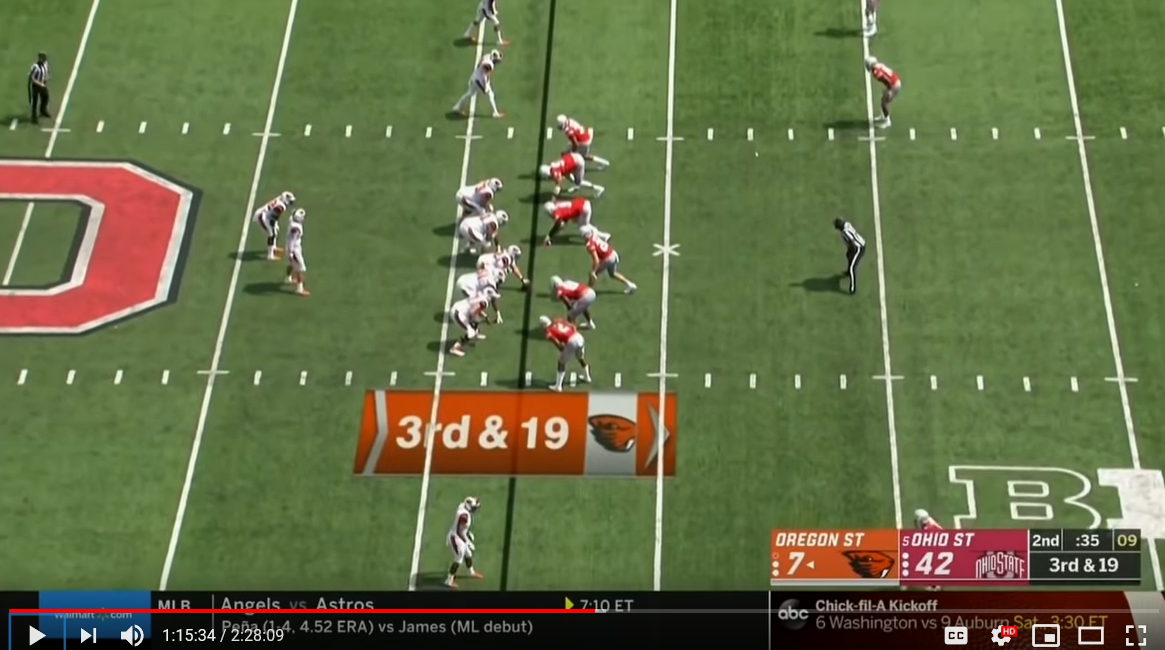 Ohio State had huge issues over rotating their LBs and/or the secondary almost all season to the field, leaving the boundary susceptible to long runs. Here is the same problem lingering into week 11. The Buckeyes are lined up against Maryland in the pic below. This is Maryland’s first long touchdown run of the game. 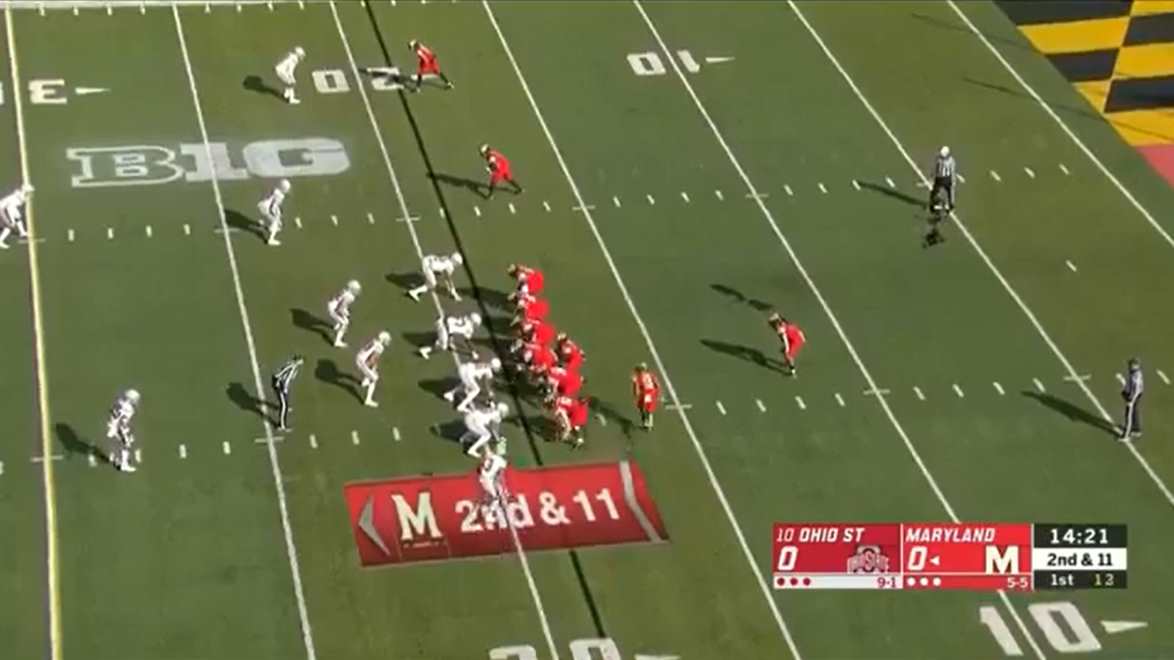 Once again a team is going to take advantage of the Buckeyes overplaying the field. Maryland goes unbalanced and shows jet sweep to the field. Once the ball is snapped to the boundary the Buckeyes have a DT in the A gap, DE in the B gap, and a corner in the C gap. There is no LB help at all here. Maryland takes advantage of this. The safety takes a poor angle and Maryland strikes up the band with a touchdown.

For these issues to go on for 11 weeks is mindblowing.

The Buckeyes are schematically unsound at the snap of the ball. The Ohio State defensive staff has to know this. They aren’t dummies.

My best guess is they had some players playing two gaps. For example, if your key does this, you have the A gap, or if he does this, you’ve got backside B gap.

They also more than likely had checks to make. Meaning if Ohio State was in a certain defense and the offense came out in a certain formation/motion etc., the players were to change the defensive call to something else. My conclusion is all of this got real complicated real fast, especially with all the stunting from Ohio State.

And when the Buckeyes had busts upfront they they have another issue. They play tons of man in the secondary, meaning the secondary is going to be focusing on the WRs and are going to be late supporting the run.

All of these situations were recipes for disaster.

Ultimately, Ryan Day decided it was best to go elsewhere to solve the issues at hand.

Did he make the right decision?

More to come on that.