The Buckeyes actually held a 26-24 lead at the half, but their defense faded as Iowa was able to score 48 points in the second half. They attempted 20 free throws over the game’s final 20 minutes, making 16 of them. Hawkeye Luka Garza hit all five of his field goal attempts in the second half. He led all scorers with 16 points on the day.

Andre Wesson led all Buckeye scorers with 13 points, with all 13 of those coming in the second half. His brother Kaleb dealt with foul trouble throughout the game and scored a season-low two points in 23 minutes of action. He also turned the ball over five times.

The first half of the game was hard on the eyes, as Ohio State shot 37% from the field and Iowa shot 35.7% from the field. There were 20 combined turnovers in the first 20 minutes of action.

Ohio State held a 28-24 lead just 36 seconds into the second half, but Iowa quickly recaptured the lead 32-30 with a layup from Garza two minutes later. The Buckeyes would never lead again.

The game didn’t get out of hand all that quickly. Instead, Ohio State stayed within striking distance for much of the second half, but could never go on the necessary run to make the game interesting.

Iowa finally hit a double-digit lead at 51-41 with 8:43 to play thanks to a pair of free throws from Joe Wieskamp. The lead went up to as much as 16 points, and down to as few as eight points down the stretch, but the ending was never in doubt.

CJ Jackson came off the bench for the Buckeyes and scored 10 points. He fouled out in just 22 minutes of action. Keyshawn Woods started again for the Buckeyes, scoring just two points in 18 minutes.

+ Freshman wing Justin Ahrens played meaningful minutes and hit 2-of-3 from three-point range. If Chris Holtmann got anything out of this game, maybe it’s that freshmen Ahrens and Jaedon Ledee could stand to play a few more minutes.

+ Speaking of Ledee, he only scored six points in his 18 minutes of action, but the confidence with which he shoots will pay off down the road. He was 2-of-8 from the field and didn’t have the hesitation that a lot of freshman post players do. He knows he can hit the shots he is taking, which is something that not every post player can say.

+ Freshman guard Duane Washington continues to struggle, which was to be expected. Chris Holtmann can’t let it ruin Washington’s aggressive mindset, but being a little more conservative isn’t a bad thing for him.

+ This outcome was not a surprise. In fact, it was expected. The Buckeyes can’t continue to get so little from Keyshawn Woods. And if they do, then it’s time to move to the freshmen even more in preparation for next season. 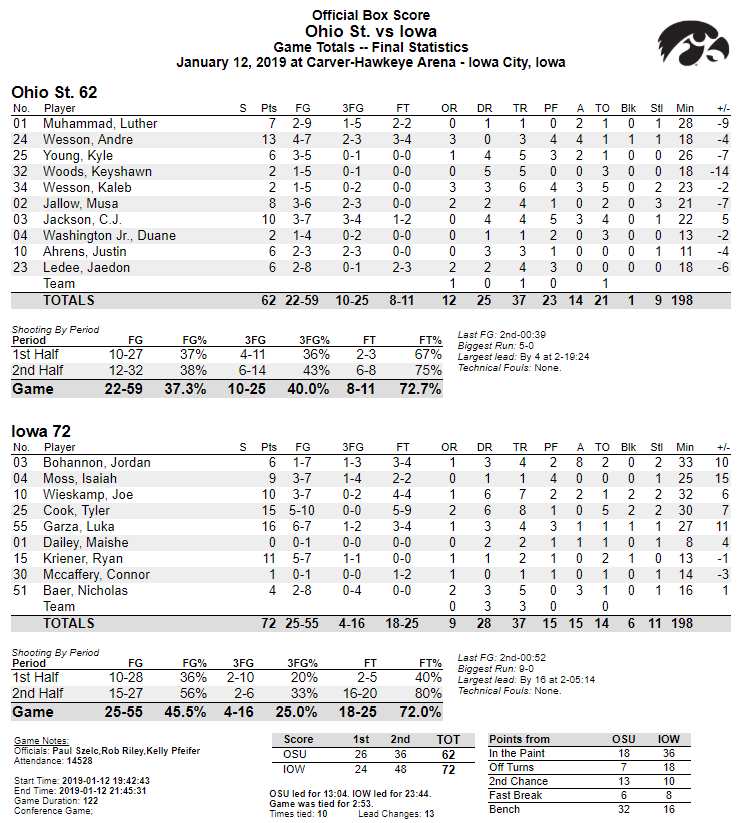