The 11-seed Ohio State Buckeyes (20-14, 8-12) take on the 3-seed (ranked No. 9/No. 11) Houston Cougars (32-3, 16-2) in the second round of the Midwest Region of the NCAA Tournament Sunday night. Ohio State comes into this game following a 62-59 upset win over 6-seed Iowa State on Friday. Houston, meanwhile, comes into this game following a decisive 84-55 win over 14-seed Georgia State earlier that day. The last time these two teams met was 2004, with OSU coming out with the 78-61 win in the Guardian Classic in Kansas City.

Who: Ohio State vs. Houston

Why: Because you can’t win six in a row without getting that second one. 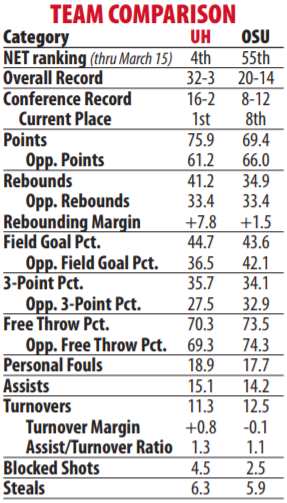 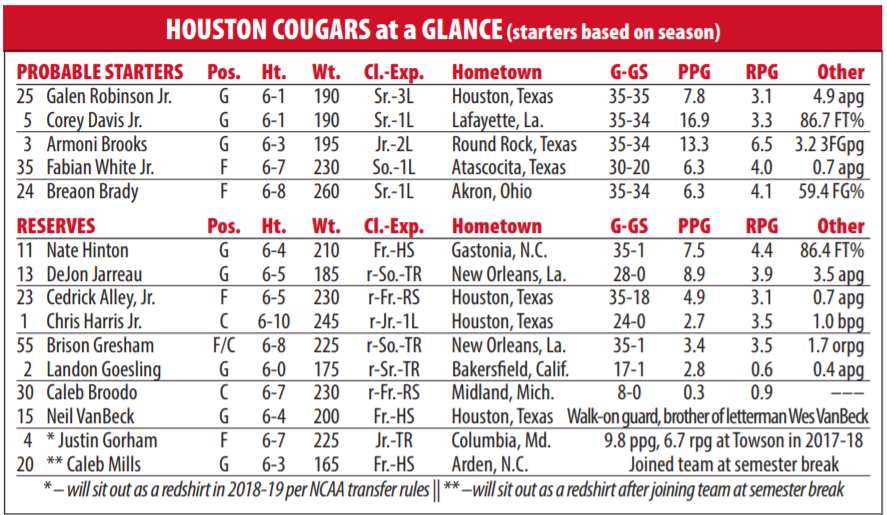 What You Need to Know

+ Houston was well represented in the list of American Athletic Conference postseason honors released earlier this week. Senior guard Corey Davis Jr. earned a place on the league’s First Team, while junior guard Armoni Brooks was named to the Second Team. Guard Nate Hinton was named to the All-Freshman Team. Sophomore guard DeJon Jarreau was named The American’s Sixth Man of the Year. Was the second straight season a Cougar collected his accolade after Brooks received it for the 2017-18 season. Senior point guard and four-year letterman Galen Robinson Jr. received the Sportsmanship Award for a distinguished career, on and off the court. Head Coach Kelvin Sampson was named the league’s Coach of the Year for the second straight season. Became only the second coach in program history to earn the honor in consecutive seasons and the first since Hall of Fame Coach Guy V. Lewis in 1983-1984 in the Southwest Conference.

+ Senior guard Corey Davis Jr. scored 26 points to help the third-seeded Cougars beat Georgia State 84-55 in the Midwest Region on Friday. Sophomore forward Fabian White had 14 points and 11 rebounds, and senior forward Breaon Brady added 13 for Houston. Houston rolled out to a 15-3 lead in the first five minutes, and the rout was on. The Cougars shot 52 percent to lead 40-31 at halftime, and then opened the second half on a 10-2 run to put the game out of reach. Houston held the Panthers to 30-percent shooting, an impressive effort against a squad that entered averaging 75 points per game.

+ Junior guard Armoni Brooks has emerged as an offensive and defensive leader for the Cougars in 2018-19. Brooks leads the Cougars with 6.5 rebounds per game and ranks second with 13.3 points per contest. The Round Rock, Texas, native is one of three players to rank among the American Athletic Conference Top-17 leaders in both scoring AND rebounding.