Shaun Wade came to Ohio State as a 5-star cornerback who was known for giving offenses very bad odds on 50/50 balls. He has spent most of his Ohio State career playing nickel and safety, but never getting completely away from the kind of man coverage that he was brought to OSU to play.

Brendon White came to Ohio State as a 4-star athlete who has seen time at linebacker, receiver, and safety in his first two years as a Buckeye. He now finds himself playing a fourth position, affectionately coined the “Bullet.”

Wade led the Buckeyes with three interceptions and 10 passes defended last season. White, meanwhile, solidified the Ohio State safety situation when he was inserted into the lineup over the second half of the Buckeyes’ schedule. He finished fifth on the team with 46 tackles last season.

This season, Wade will be battling for a starting strong safety spot, and has also seemingly locked up the nickel back job. Both positions, coincidentally, have similar requirements and generally require the defender to cover the slot receiver or a tight end.

As such, it’s easy for Wade to float between the two positions from one play to the next.

The more challenging aspect to Ohio State’s new defense is what White is asked to do, which is essentially play linebacker on one down, then move back to safety on passing downs.

But the versatility that both Wade and White bring to this Buckeye defense will be capable of making life very difficult on opposing passing offenses.

“It definitely can make their game plan be hard because they’re going to see a guy at a corner/safety and the next they might see Shaun at corner and maybe Jeff Okudah inside,” White explained this spring. “So putting that kind of switch up on teams will definitely help us.”

For Wade, having multiple responsibilities is nothing new. In fact, it was all he experienced last season as a redshirt freshman. 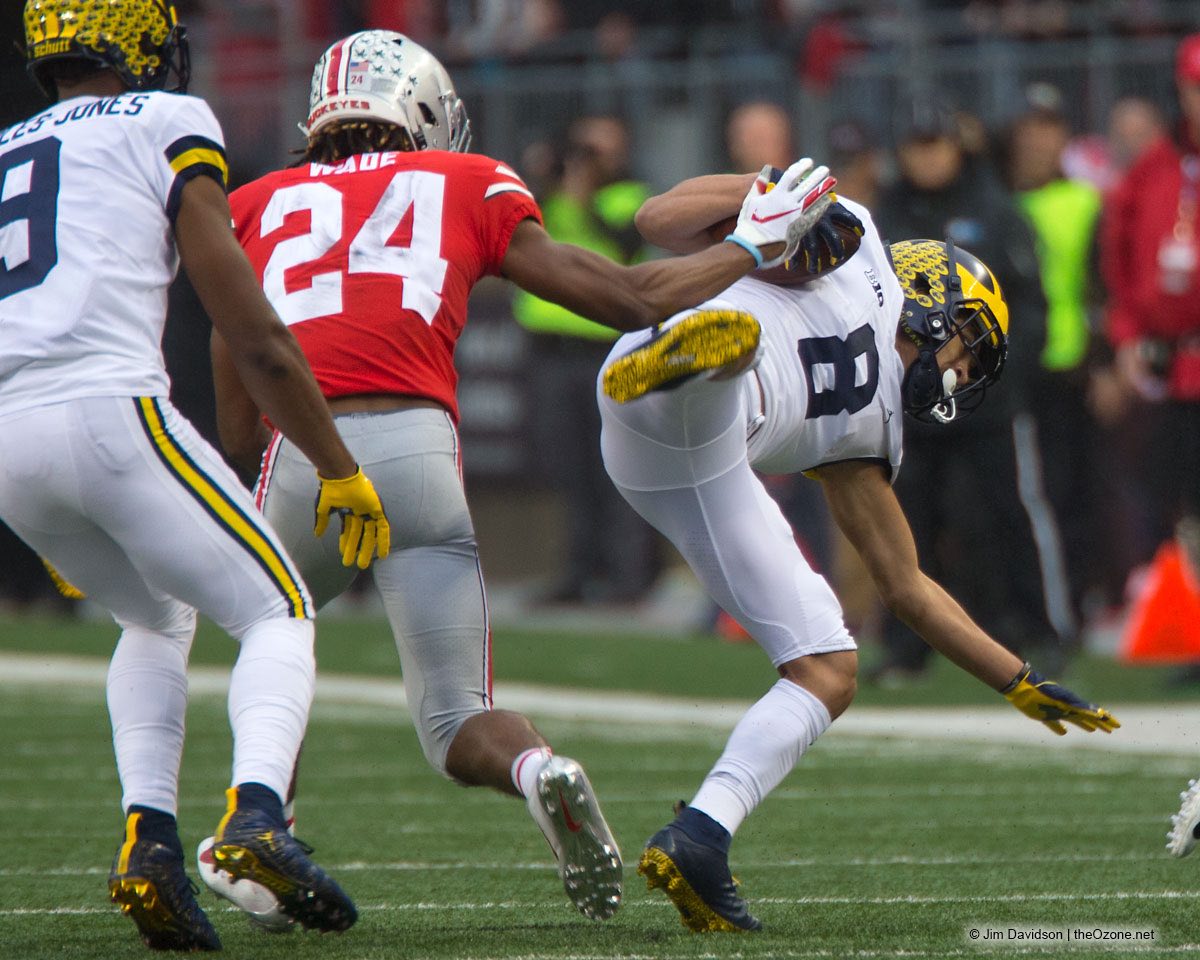 In addition to the new-look defense the Buckeyes will employ are some brand new philosophies as well. Ohio State won’t be in as much press coverage as they were last season, even if they show it pre-snap just as much as they have in the past.

To ask Wade and White how they feel about it, they love the fact that the offense doesn’t necessarily know what they’ll be doing from snap to snap.

Anything that can slow down the offense even by a half tick is going to help, and any confusion the defense can add to the situation is only going to make matters worse for the offense.

“It’s definitely putting more pressure on the quarterback so he’s not having as many spots to go because we’re covering a lot of ground and all of that,” White said. “So the passing game won’t be as good. And at the same time, we have a really good D-line so that run game, we should be able to stop it as well.”

So how does an offense counter and attack Wade and White’s versatility?

Through film study and tendencies.

“You try to figure out, are they putting three backers in the game? If they are, what kind of matchup does that give us,” Buckeye head coach Ryan Day said.

“Then when they take a safety and bring him down as a backer or a nickel or a big nickel, ‘Okay, now what does that give us?’ Then you try to find their tendencies. They’re not going to do everything. So when those guys are in the game, what do they typically do? What is their job description? And so as an offensive staff you try to figure that out, just in general, then you try to take advantage of it.”

Figuring it out and taking advantage of it, however, are two separate things.

The reason Shaun Wade and Brendon White are asked to do so many different things is because they’ve shown they’re good at it.

And that kind of productive and efficient versatility makes it a pain for opposing offenses to deal with.

“Yeah. It does. The more you can change up the look but still be efficient, that’s the key,” Day said. “It’s easy just to put in a bunch of stuff, but now if you put it in, is it efficient? Is it working? When you can do that and you can be really good at certain things in multiple packages, that’s when you’ve really got something special because it’s a lot harder to prepare for on the other side of the ball.”