Former Ohio State wide receiver L’Christian “Blue” Smith has found a new home, announcing on Thursday via Twitter that he was transferring to the University of Cincinnati. 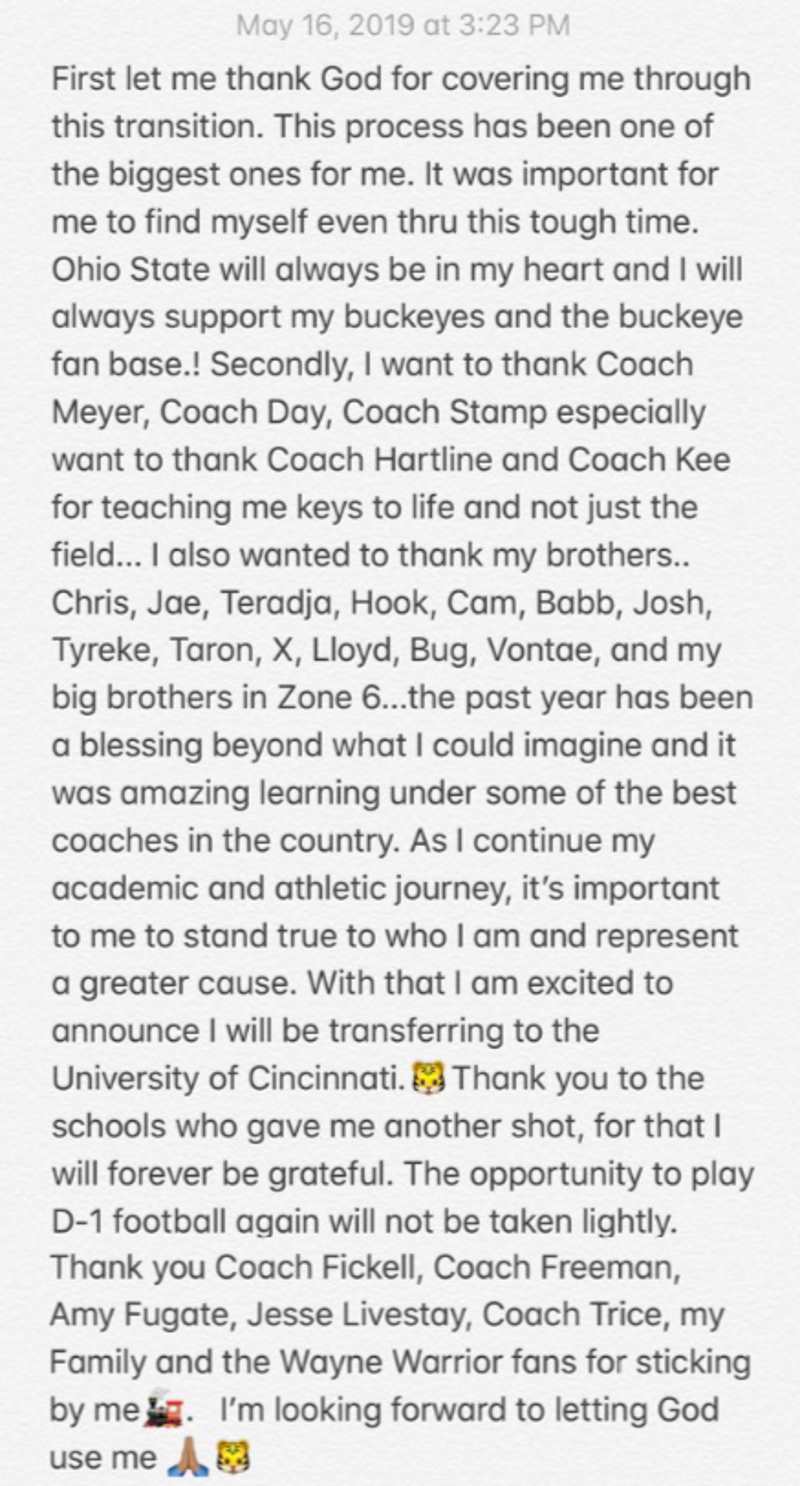 A little under two months ago, it was reported that Smith was leaving the Ohio State football program.

Smith is the second Ohio State receiver to transfer to Cincinnati this spring, joining former walk-on Garyn Prater on the journey down 71 South.