Redshirt sophomore cornerback Shaun Wade is expected to be back in the Ohio State lineup this week. His teammates have alluded to his return for the Big Ten Championship Game, and based on his lack of being listed on OSU’s latest injury report, it appears that Wade is good to go for the Badger game Saturday night.

Wade could have apparently played last week, but Ohio State opted to hold him out. In doing so, the Buckeye defense was left at a disadvantage last week and it took the better part of a half for OSU’s defensive coaches to get the fixes implemented.

Wade’s return gives the Ohio State defense options, but this is a game that may feature quite a bit of OSU’s four-linebacker look because of Wisconsin’s running game. Perhaps bringing Wade back a bit slowly this week is an ideal return, but expect him to play plenty on throwing downs.

Also returning this week is sophomore safety Josh Proctor, who has missed the last three games for the Buckeyes. He will bring added depth this week, but more importantly down the road when the Ohio State defense will face more prolific passing games.

Redshirt freshman guard Matthew Jones is also back this week after missing the last few games with an injury.

There are no players listed as game-time decisions. Senior defensive end Jonathon Cooper is not listed as unavailable, but Ryan Day has already said the plan for Cooper to redshirt will not be changing. He will not play again this season.

Here is the rest of the availability report. Each of these players are OUT. 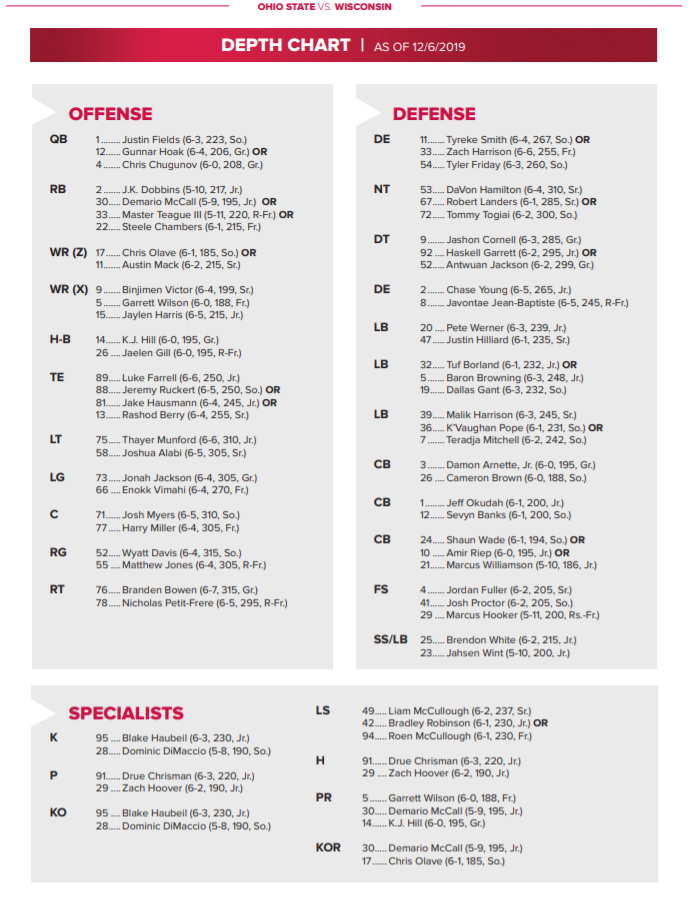