The No. 11 Ohio State Buckeyes (11-4, 1-3) travel to Bloomington, Indiana to take on the Indiana Hoosiers (12-3, 2-2) Saturday afternoon at 12:00 pm on FOX. The Buckeyes come into this game riding a three-game losing streak, which includes a most recent loss at Maryland on Tuesday. Indiana snapped a two-game losing streak with a 66-62 win over Northwestern on Wednesday.

Where: Bloomington, IN — Assembly Hall

Why: Because Treg Lee deserves better. 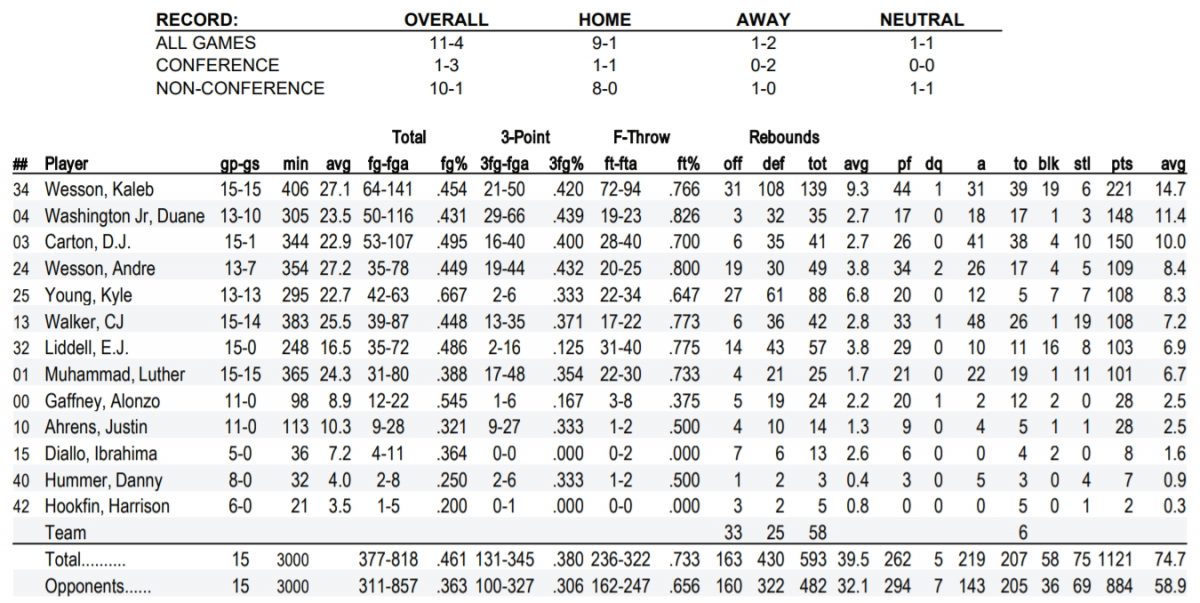 + Indiana leads the all-time series with Ohio State 105-81. The Buckeyes are 53-36 in Columbus and 27-63 in Bloomington. The teams have met seven times on a neutral court with Ohio State owning a 5-2 record in those games. Ohio State is 22-15 vs. Indiana when ranked among the Associated Press Top 25. The Buckeyes have won each of the last four games in the series, including the last two in Bloomington. The last time Ohio State won three-consecutive games at Assembly Hall was from 2008-10. Andre Wesson has faced the Hoosiers five times, most on the Ohio State roster. He averages 6.8 points and just under two rebounds in the series. Kaleb Wesson averages 13.3 points and 6.8 rebounds in four career meetings.

+ Forward Kyle Young is a game-time decision as he returns from appendicitis. Young has practiced this week, so there is a fairly good chance he will be able to give it a go. Young has missed the last two games for the Buckeyes — both losses.

+ Ohio State fell to 6-9 all-time against Maryland and 1-6 in games played in College Park. Three Buckeyes scored in double figures: Kaleb Wesson (15), Andre Wesson (14) and D.J. Carton (14). The Wesson brothers combined for 29 points after scoring 31 last Friday against Wisconsin. D.J. Carton made his first-career start after appearing off the bench in his first 14 contests. Carton scored 14 points, marking his ninth double-figure scoring contest as a freshman. Carton tied a season high with six made field goals. Andre Wesson went for 14 points, marking his fourth contest in double figures this season. Wesson played a season-high 35 minutes and made a season-high six shots from the field. Kaleb Wesson scored 15 points for his 14th game scoring in double figures in 15 contests this season. 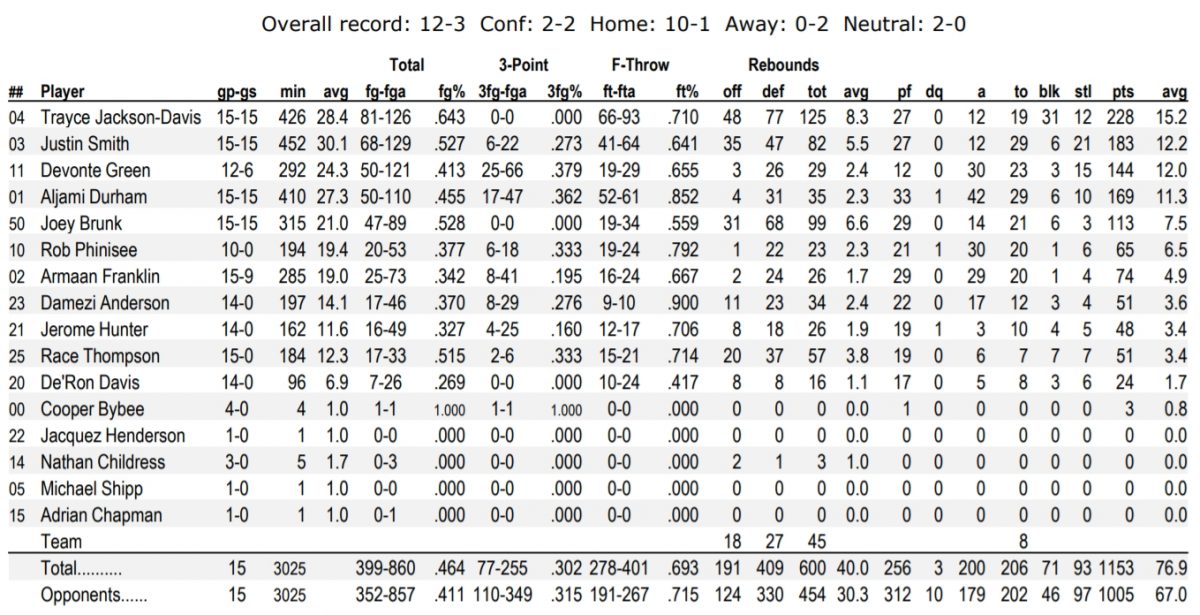 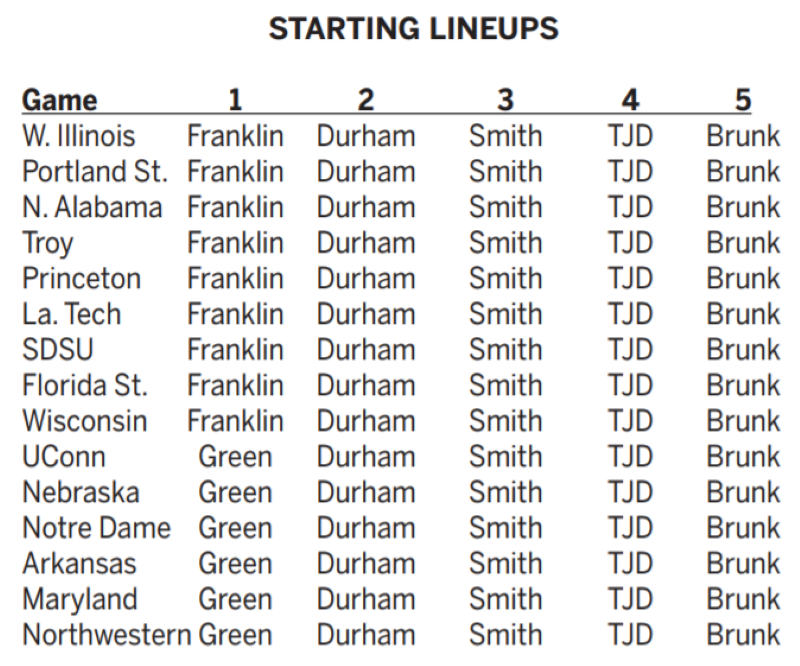 + Junior Justin Smith is averaging 12.2 points and is 3rd in the B1G in steals (1.4). He was named IU’s Male Scholar Athlete of the Month in January. He is in the Kelley School of Business studying Entrepreneurship & Corporate Innovation. He had 18 points, 6 steals and 3 blocks against Northwestern. Junior Aljami Durham is averaging 11.3 points and had 16 points, 4 assists and 3 steals against the Wildcats. He made a career-high 11 free throws. Redshirt junior forward Joey Brunk is averaging 11.8 rebounds in his last 4 games, all double figure efforts on the glass. He had 12 caroms against the Wildcats, 10 against Maryland, 11 against Arkansas and a career-high 14 rebounds against Notre Dame. Senior Devonte Green is 8th in the Big Ten in three-point field goals made (2.1). He is averaging 12.0 points per game and had a career-high 26 points against the Buckeyes in last year’s Big Ten Tournament.

+ IU had three players score in double figures, Jackson-Davis (21), Smith (18) and Durham (16) in the win over Northwestern. Jackson-Davis finished with a game-high 21 points and also added seven rebounds and two blocks for Indiana. Smith scored 18 points for the Hoosiers and grabbed six rebounds, while recording three steals. Durham scored 16 points, while making 11-of-12 free throws and dished out a team-high four assists. Redshirt junior forward Joey Brunk scored five points for the Hoosiers while having his fourth-straight double-digit rebound game with 12. He is averaging 11.8 boards over that four-game span.

+ Indiana Coach Archie Miller is in his third season of guiding the Cream and Crimson. He is 186-97 in eight-plus years as a head coach, which includes six years at the University of Dayton. His Flyer teams made NCAA Tournament appearances in each of his last four seasons, including a trip to the Elite Eight in 2014. He is 47-34 at IU. Chris Holtmann is in his 3rd year with the Buckeyes and is 56-28 in Columbus.