The Northwestern Wildcats (6-12, 1-7) host the Ohio State Buckeyes (12-7, 2-6) in a 6:30 pm tip on BTN today. Ohio State comes into this game off a Thursday loss at home to Minnesota in the final seconds. It was their second loss in a row and sixth in seven games. Similarly, Northwestern has lost three in a row and eight of their last nine. Somebody will end a losing streak tonight.

Who: Ohio State at Northwestern

Why: Because you’ve already paid for cable this month. 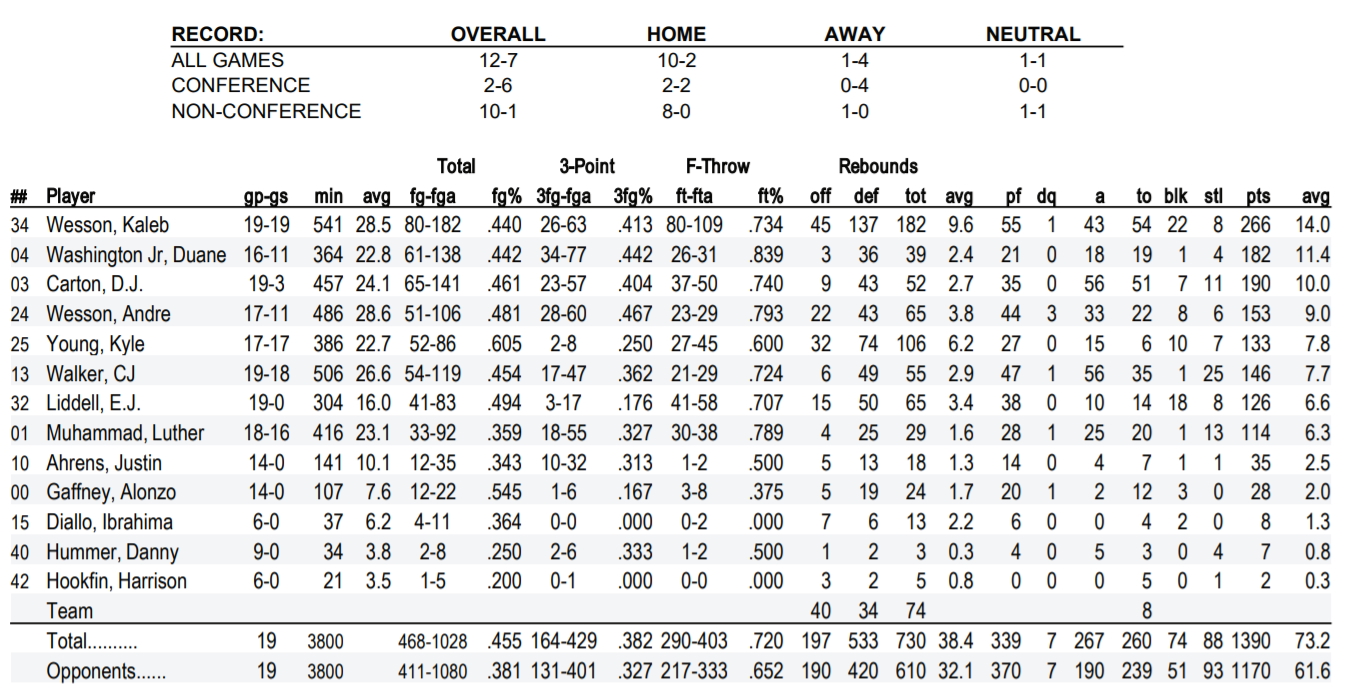 + Ohio State leads the all-time series with the Wildcats 119-47. Ohio State owns a 69-15 record in Columbus and is 49-32 in Evanston. The teams have played on a neutral court once with the Buckeyes owning the win. Andre Wesson has faced Northwestern four times over his career, most of any current Buckeye. He averages 3.8 points and 2.3 rebounds in the series. Younger brother Kaleb Wesson averages 15.0 points and 7.0 boards in two meetings. Duane Washington Jr. scored 19 points in two appearances in the series a season ago.

+ The Ohio State men’s basketball team last played at Northwestern in March of 2019. The Buckeyes went in with an 8-9 mark in the Big Ten, but dropped a 68-50 contest to the Wildcats at Welsh-Ryan Arena. Keyshawn Woods led Ohio State with 15 points and seven rebounds while Duane Washington Jr. tacked on 11 and six boards. Dererk Pardon scored 18 of his gamehigh 20 in the second half to go along with 13 rebounds to lead three Wildcats in double figures. Kaleb Wesson missed the game with a suspension.

+ Ohio State has lost six of seven games, which is the second year in a row the Buckeyes have done this. Thad Matta never lost six of seven at Ohio State, but did have a few instances of five losses in a six-game span. Jim O’Brien had two stretches of six losses in seven games — his first year after taking over for the fired Randy Ayers and his final year when he was fired.

+ Since the start of the new year, Robbie Beran has been balling. In NU’s first 12 games this season, Beran made one start and averaged 3.7 points, 14.2 minutes and 2.5 rebounds. In NU’s last six games, Beran has made six starts and averaged 9.2 points, 27.0 minutes and 5.0 rebounds. The rookie picked up the first double-double of his career in the win over Nebraska on 10 points and 10 rebounds.

+ Miller Kopp has scored in double figures a team-best 14 times this season. He has scored in double figures in eight straight games and 15-or-more in four consecutive contests, both are the longest streaks of his career. Over the last eight games, Kopp is averaging 16.6 points per game on 43% shooting from the field and 41.2% from behind the arc.

+ Northwestern rookie guard Boo Buie returned to the lineup vs. Maryland after missing six games. In his last three games before the injury, Buie averaged 21.7 points, 5.3 assists, 30.3 minutes, while shooting 53.5% from the field and 50% from behind the arc. In those three games, he averaged 30.3 minutes per game with only 1.7 turnovers per game. His 26 points vs. MSU were the most by a Wildcat in a game this season and the most by an NU player since Vic Law had 26 vs. American on 11/12/18. It was the most by an NU player vs. a Big Ten opponent since Scottie Lindsey had 32 vs. Iowa on 2/25/18.