The No. 19 Ohio State Buckeyes (20-9, 10-8) host the #23 Illinois Fighting Illini (20-9, 12-6) Thursday night for a 7:00 pm tip on ESPN. The game is Senior Night for the Buckeyes. Ohio State comes into this game following a 14-point win over Michigan on Sunday. The Illini also last played on Sunday, which was a 67-66 win at home over Indiana. Illinois has won four games in a row after losing their previous four games before that. This is the first matchup of the year for the Illini and Buckeyes. Ohio State will also be honoring the 60-year anniversary of their lone men’s basketball national title.

Who: Illinois at Ohio State

Why: You never want to embarrass yourself in front of the 1960 champs. 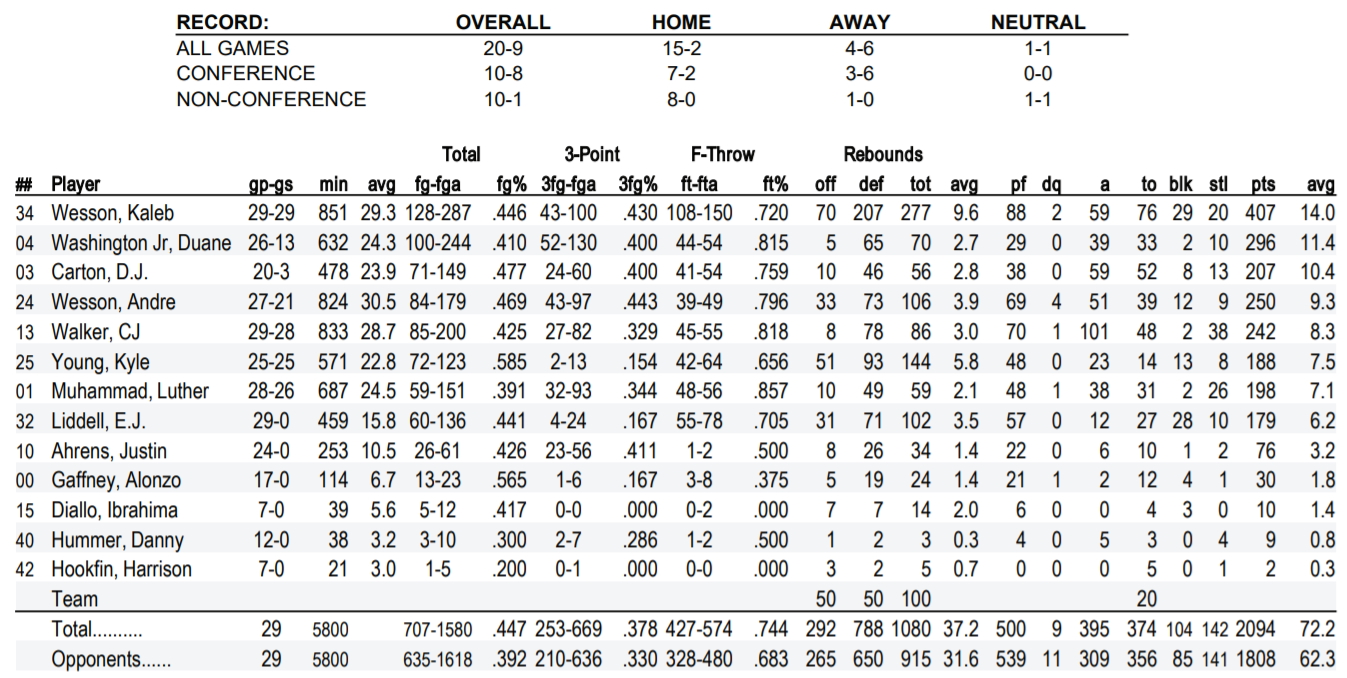 + Just prior to tip vs. Illinois, the Ohio State men’s basketball program will honor five seniors taking the Value City Arena court for the final time. Three student managers, Sean Gill, Matt Plank and Avery Van Reeth along with student-athletes Danny Hummer and Andre Wesson will be recognized along with their families in a pregame ceremony.

On the Court During Pregame Ceremonies

+ Illinois leads the all-time series with Ohio State 103-73. Th e Buckeyes are 45-42 in Columbus and 26-60 in Champaign. The teams have met three times on a neutral court with Ohio State owning a 2-1 record in those games. Ranked Ohio State teams are 28-11 against the Illini while Illinois is 36-10 when ranked in games vs. the Buckeyes. When both teams are ranked when facing one another, Illinois leads 6-5. Several Buckeyes have appeared in just three games vs. the Illini in their careers. Kaleb Wesson leads the way with 11.3 points a game and 7.3 rebounds. 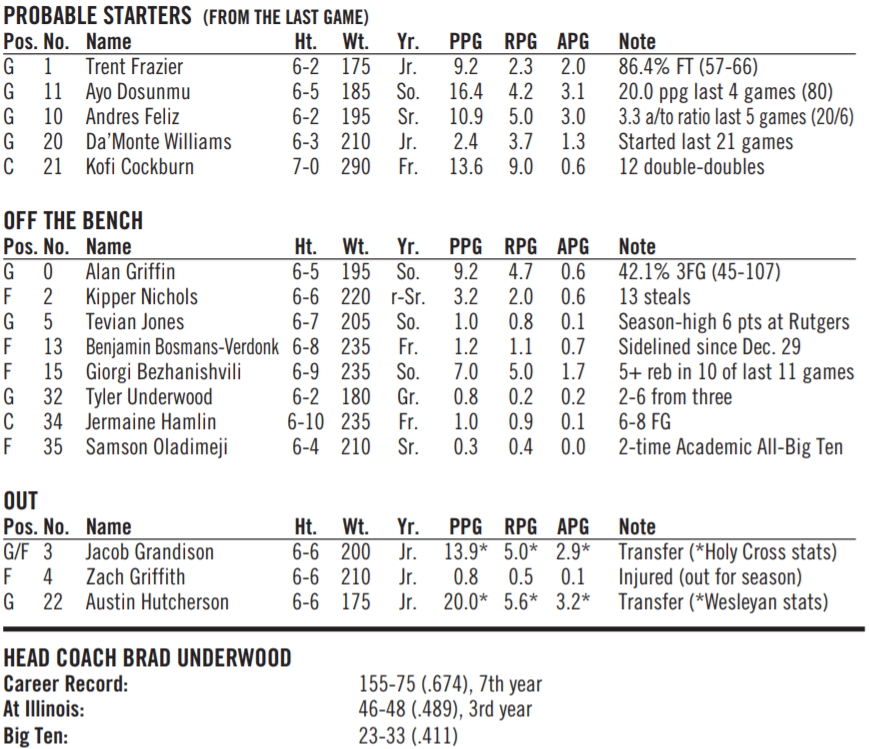 + Illinois has won five league road games, tied with Maryland for second-most in the Big Ten behind Michigan State (6), and the most by an Illini team since also winning five in 2010. Illinois carries a four-game winning streak into Columbus and has won two straight on the road. That includes its last game against a ranked opponent, a 62-56 win at No. 9 Penn State on Feb. 18. Illinois is one of 14 teams with at least four Quad 1 road wins, and the lone team in the country with four road wins over teams in the top 35 of the NET.

+ Over the last six games, freshman Kofi Cockburn is averaging 12.8 points (77) and 9.0 rebounds (54) and shooting 56.9% (29-51). Cockburn has had double-doubles in three of the last six games while scoring in double figures all six times. Sunday against Indiana, he set a career high with six blocked shots, tying the fifth-most in a game in program history. His previous high was four blocks against Michigan on Dec. 11. It was the most blocks by an Illini since Meyers Leonard had six on Nov. 11, 2011. Cockburn was dominant in the second half and finished the game with 15 points, 5 rebounds and 6 blocks.

+ Sophomore Alan Griffin is averaging 11.9 points (83) and 5.9 rebounds (41) over the last seven games while shooting 53.1% from 3-point range (17-32) and making an average of 2.4 treys. Griffin has scored at least nine points in six of the last seven games, reaching double figures three times.

+ Senior Andres Feliz tallied 15 points, making six of his 11 field goal attempts. Feliz also grabbed six rebounds and recorded three steals, including the game-clinching steal with 6.4 seconds left after the Hoosiers got an offensive rebound with the Illini up 65-63.