The most memorable tradition in college band history entered the Smarch Madness tournament as the No. 1 overall seed, and now it has been crowned champion of all Ohio State things.

Script Ohio cruised to a nice and dominating 69.7 to 30.3 win over Fans Chanting O-H-I-O During Road Games to claim the title.

That capped an unbelievable run, in which Script Ohio beat Skull Session 94-6 percent in the Round of 32, then knocked off Block O 95-5 percent in the Sweet 16.

It beat Fall Sweatshirt Weather 88-12 percent in the Elite 8, and finally ended Gold Pants’ run by a 74-26 margin in the Final Four.

The other finalist, Chanting O-H-I-O On The Road, had made a Cinderella run as a six-seed, upsetting No. 1 seeds the Varsity Club and Out-R-Inn in the Elite 8 and Final Four to advance to the championship game.

This is scientific proof that Ohio State fans and alumni do, in fact, love taunting more than drinking.

However, it’s no coincidence that all four of the Final Four representatives: Script Ohio, O-H-I-O on the road, Gold Pants, and the Out-R-Inn, are central parts of an Ohio State football game day, whether at home or on the road. 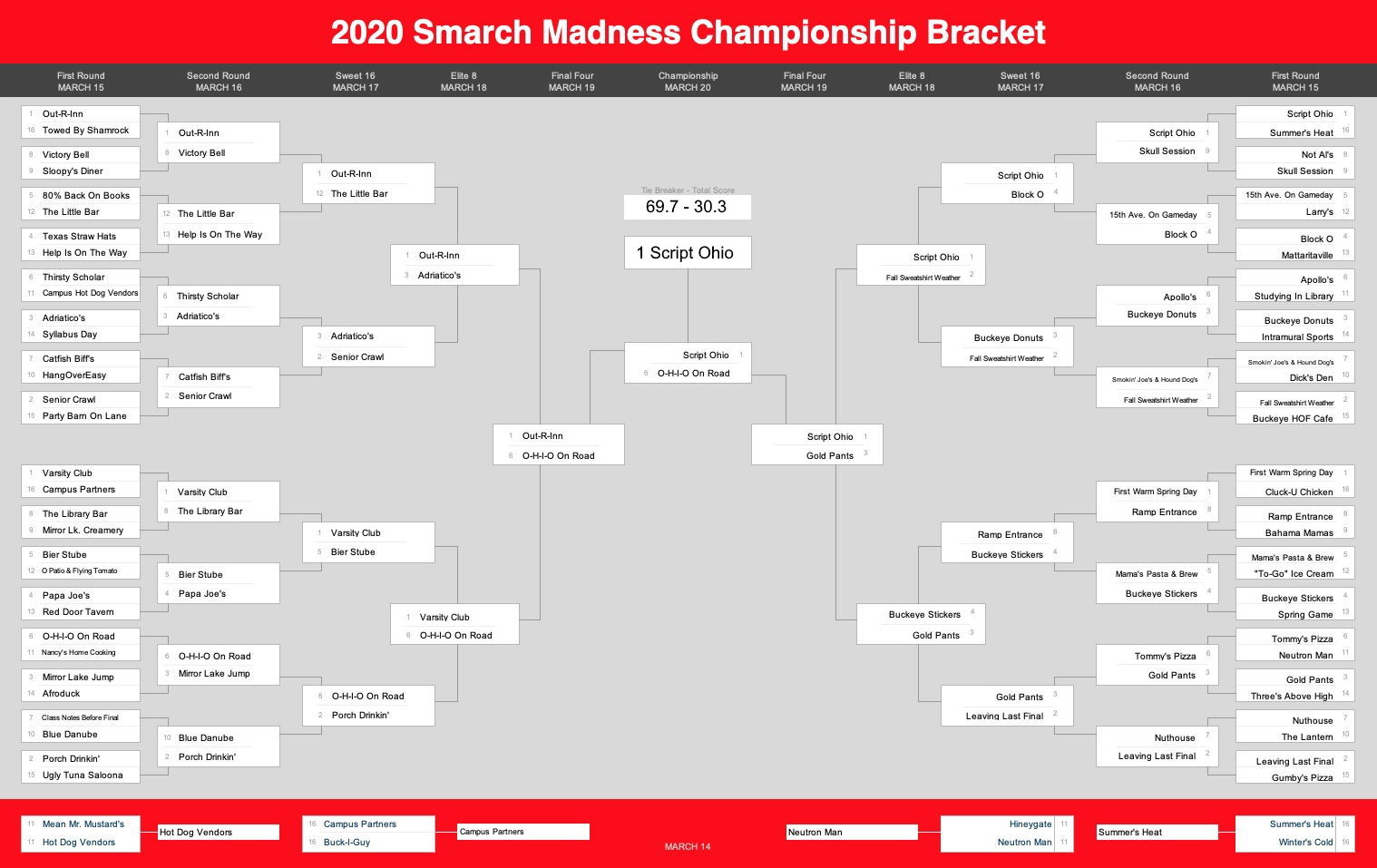 There were a few notable upsets worth mentioning.

The marching band’s Ramp Entrance upset the First Warm Day Of Spring On The Oval in the Sweet 16. In fact, the Elite 8 battle between Buckeye Stickers and Ramp Entrance went down to the wire, and was ultimately decided by less than 10 votes.

Now that Script Ohio has been crowned the unquestioned king of Ohio State traditions, the tournament closes with the annual playing of “One Shining Moment.”