You may not realize this but recruiting in College Wrestling is often kept under wraps. Recruits will often not discuss who they are interested in or who is recruiting them.

This is very different from football or basketball where information is made readily available via social media.

Trust me, I have spent many hours gathering information with little to no luck.

This makes things difficult for wrestling fans who don’t have the luxury of the recruiting information overload available in other sports.

In an effort to find and provide this kind of information, I decided to focus my attention on wrestlers in the Ohio State footprint who have the talent to be recruited by the Buckeyes.

With that in mind, here are four names to know who have OSU’s attention moving forward.

As an 8th grader in 2018, Justin competed in the NHSCA middle school Nationals where he won the consolation bracket finishing in third place. 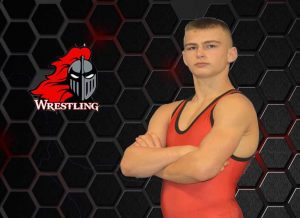 As a freshman at Point Pleasant high school, Justin Bartee won the state title in the 126-pound weight class, pinning his opponent in the second period. Justin finished the season 36-0, the second wrestler in school history to finish the season undefeated.

Justin continued his stellar year by returning to the NHSCA high school Nationals March 29th-31st. He competed in the Freshman division as a 132 pounder. Despite wrestling in a higher weight class Justin finished runner up and clinched All-American status, only the 6th in school history.

Obviously, this young man has three years of high school left but if he continues to improve as a wrestler he could be one of the gems of the 2023 recruiting class. I had a conversation with Point Pleasant Wrestling head coach Johnathan Bonecutter recently and he stated Justin was one of the hardest working kids he has ever coached and he has remained very humble despite his success. He stated that Justin eat, sleeps, and breaths wrestling. 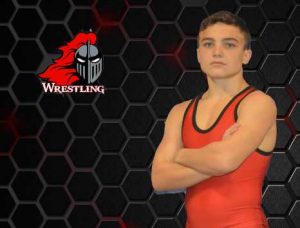 Derek is a friend and training partner of Justin Bartee and has had an impressive amount of success at such a young age.

Derek is a 4x WSAZ Champ, 9x West Virginia State Champ, and 2018 NHSCA Middle School Champion where he pinned his final opponent in 28 seconds. Derek was also a gold medalist at the AAU Disney Duals June 24-28, 2018.

As a freshman at Point Pleasant High School, Derek won the state title in the 120-pound weight class pinning his opponent in the second period. Derek finished the year with an impressive 46-1 record.

Derek has three years of high school left, but it appears the future is bright for this young man. With a training partner like Bartee, the sky is the limit for the Big Blacks of Point Pleasant. 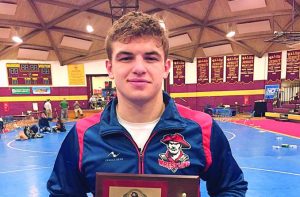 Braxton is currently ranked number one in his weight class (220 pounds) and the number five overall wrestler in the country by Intermat and Trackwrestling for the class of 2020.

Braxton missed his entire 2016-2017 wrestling season due to an injury, but came back healthy and more determined than ever in the 2017-2018 season.

Braxton has now won back to back state titles and just completed his second straight undefeated and offensively unscored upon season at Parkersburg South High School. Braxton finished his junior year 46-0 and improved his high school record to 94-0. He was also awarded the Robert Dutton award for Most Outstanding Wrestler in West Virginia. Braxton became the first underclassmen to win the award in state history.

Not only is Braxton talented in wrestling but he is an excellent student. He made Academic All-State his Sophomore and Junior seasons, maintaining a 4.0 GPA.

Braxton recently released his top 5 schools via social media. The schools are: Ohio State, Penn State, Wisconsin, Virginia Tech, and Oklahoma State. Whichever school lands Amos will be receiving a great wrestler, student, and young man. Braxton is heavily involved with United Way, assisting in fundraising for those in need in the Mid-Ohio Valley. 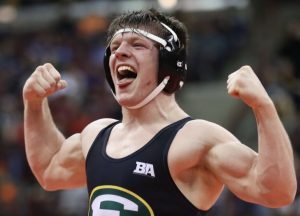 In 8th grade, Paddy went an impressive 45-1 in the 138-pound weight class on his way to winning the state title. Paddy was ranked as the number 8 wrestler on the Youth1 Wrestling All-American list.

Paddy started out his high school career by placing third in the 152-weight class in 2017-2018. In his sophomore season, he was on a mission and went 17-0 on his way to winning a state title.

During the state tournament, Paddy dominated his opponents. In the first three rounds of the state tournament, he won 24-9, 25-10, and 20-4. Paddy faced off against the number one 160 pounder in the country, Connor Brady, out of Olentangy Liberty. Paddy won a close match 7-6 and was crowned state champion at 160 pounds.