And like that, the Buckeye victory train keeps on rolling. Even with their big brains, the Wildcats of Northwestern had no answers for Ohio State last Saturday Friday night.

The Buckeyes scored more and gave up less than I projected, making me feel like a Negative Nelly for yet another week, despite picking them to win by nearly five touchdowns. 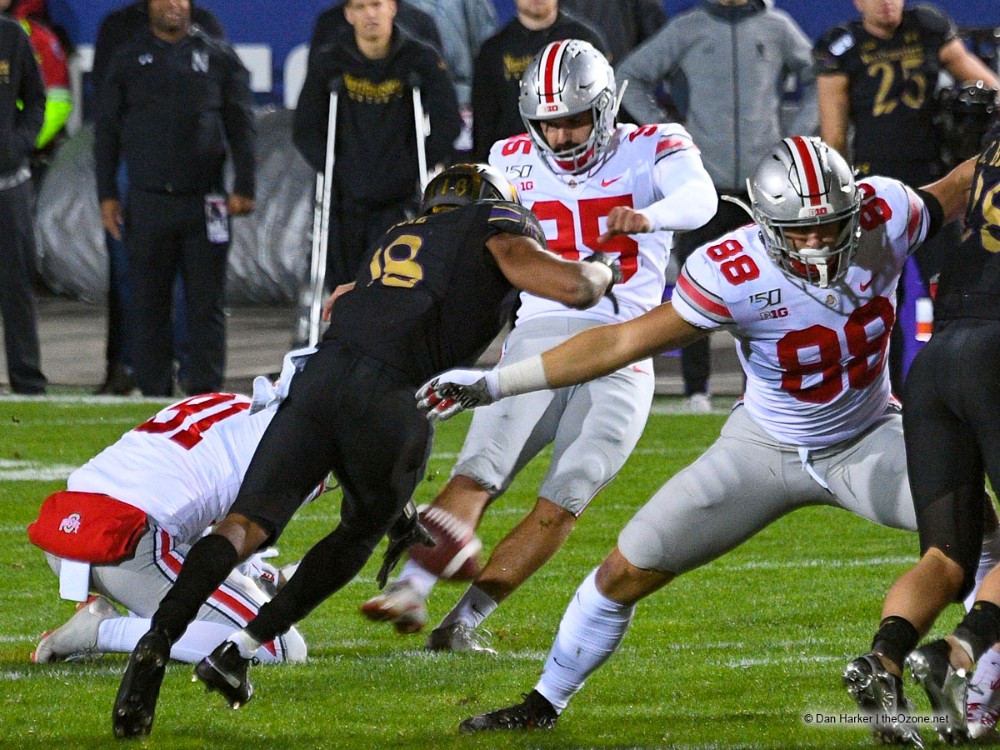 A few weeks ago, I predicted that Fields would attempt nearly ten more passes than his game average. That backfired on me. Well, I’m doing it again, and saying that he’ll throw the ball more in this game than any week before (by one pass, but still)!!! The first-year starter will attempt 26 throws against the Badgers, connecting on 18 of them and finishing with just under 250 passing yards on the afternoon. Two of those completions will be the kind where fans cheer even louder than normal and points are put onto the scoreboard to reward the masterful footballery.

Where Fields will do even more damage is with his legs in the redzone. As the Badgers spread out to cover the numerous pass-catching options, or load the box to halt the league’s best running back (J.K. Dobbins, of course), he will be the X Factor for which they cannot account. The athletic QB will find his way into the endzone twice as a rusher on Saturday.

Saturday may just be a showdown between two Heisman finalists in running backs Jonathan Taylor and J.K. Dobbins. Taylor will likely receive more carries, as he’s averaging a handful of touches more than Dobbins on a weekly basis. I predict that both will end with similar stats on the day with neither truly separating themselves from the other in a heads up battle.

Dobbins will earn his highest carry total of the year, as Ryan Day tires the Wisconsin defense by riding the veteran back. Despite the tough Badger D, Dobbins will get his yards, averaging about 4.7 per carry. Master Teague III will spell him on occasion, finishing out the game as well, and get himself another 40 yards on the ground. Dobbins gets into the endzone once more, and snags a catch or two in the contest.

I’ll just continue to keep this line in here for a while hoping it’ll eventually be true, “Blake Haubeil hits on each of his five PATs and puts in two field goals.”

Drue Chrisman punts five times, pins the Badgers back deep in their own territory, and gets himself one step closer to the first Heisman Trophy winning punter.

The Buckeyes will give up some scores to the Badgers, and Taylor will get his yards. Even with that, Ohio State will continue their undefeated streak on Saturday.

Though it won’t necessarily feel like a blowout, the Buckeyes win by three scores as they head into November at 8-0.