Throughout the summer, Brandon and I have tossed out some statistical projections for both the Ohio State offense and defense. While he focused on the former, taking a stab at stats for the QBs, RBs, and pass catchers, I stuck to the defense. Our projections loosely cover a 14-game season (regular season, conference championship, playoff). Most of us have shown that we think OSU could be a playoff contender this year. I’ll happily tack on an extra game’s worth of predictions if we make it to a national title game, I promise!

Thanks to a suggestion from a reader, I’m going to take it a step further. For each game, I’ll break down exactly how I think that the stats shake out. As the year progresses, the numbers should eventually lead us to our summer projections. In addition, because they are people too and I love special teams, I’ll account for the kick scoring in my updated, weekly projections. Though I love punting most of all, I’ll refrain from trying to guess how many yards Drew Chrisman blasts each individual punt in 2018. A man has to know his prediction limits.

We never did an official season stat projection on this, but here goes.

As I’ve noted before, I think Sean “Das Boot” Nuernberger has a big year and finishes as the school’s all-time leading scorer. To accomplish that it won’t take too much. He needs 80 points on the year, so remaining healthy should be his biggest obstacle. I like the offense to expand on last year’s total, avoiding point letdowns like it had in games against Oklahoma and Iowa. I believe Sean will have his highest point total as a Buckeye, exiting with a bang and a nice collection of kicking/scoring records.

Here are my kicking projections for the season:

And with that bit of housekeeping out of the way, we’re on to week one… hallelujah!

I think OSU wins this one. #DadJoke

But seriously, The Ohio State football team will win, and they will win big.

The Oregon State Beavers, in their current state, are not good at football.

I could go into a lot more detail on the matter, but just know that the Beavers only have seven non-conference wins since 2014. Of those, five come against teams that have “State” in their name, despite not being actual states (looking at you, Weber, San Jose, San Diego, and Portland – twice). This is entirely irrelevant information, but I found it funny. That’s where I am with this game.

Despite playing, for the first time, under Interim Head Coach Ryan Day, the Buckeyes should have their way with a team traveling across the entire continental United States. Expect stats similar to those from last year’s Ohio State vs. UNLV game.

As much as the Bucks want to come out slinging the ball to test out their new starting QB, I think they’ll keep a little bit of a leash on the passing game in week one. Sure, they’ll let Haskins toss it, but they’ll also pound the ball on the ground. The name of the game is staying healthy and working out the offseason kinks, and the Buckeye QBs will do just that. I think one pass gets away from the starting QB, but that he connects on four TD passes. I also see Martell rushing for his first collegiate score. 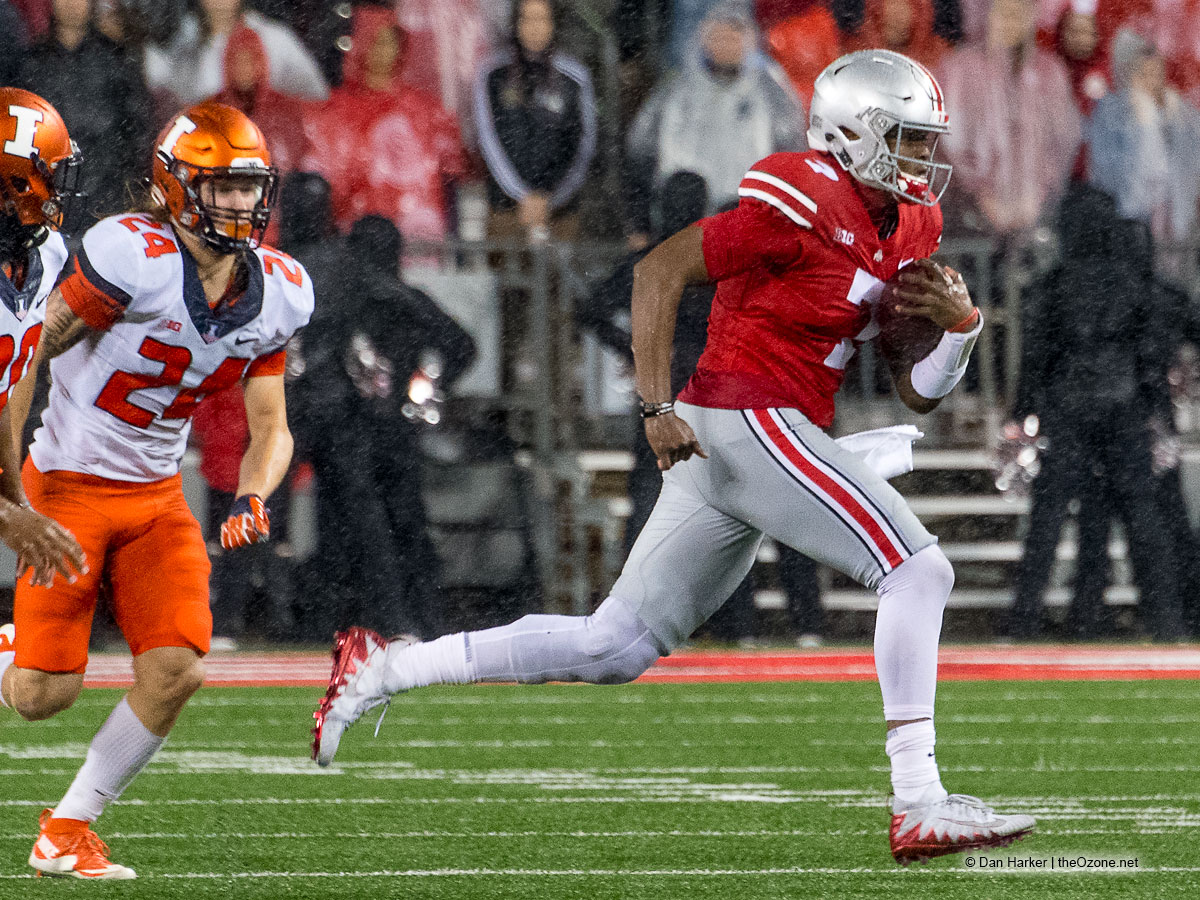 Speaking of pounding the ball on the ground, OSU fans will get a sneak peak of this amazingly deep position on September 1. I believe that, especially with the new redshirt rules in place, we’ll see at least four different running backs get carries (not including H-Backs). As a group, they’ll slice open Oregon State’s defense as much as they want, toting the ball for almost seven yards per carry. Sophomore phenom, J.K. Dobbins will lead the way, followed closely by Mike Weber. I think they see the endzone three times in total, with Weber getting in twice. In addition, I see a couple of long runs in this game, including a 20+ yard burst from Master Teague.

Trying to predict who catches the ball and how many times is basically impossible, so I’m just hoping to get in the ballpark on a couple of these. I have Terry McLaurin hitting a home run with a 42-yard TD, and Mack, Victor and Campbell also reaching the endzone. Campbell and McCall will receive carries from the slot position. I’m also looking forward to seeing Jeremy Ruckert catch his first pass as a Buckeye, which I think comes in the second half on a pass from Tate Martell. 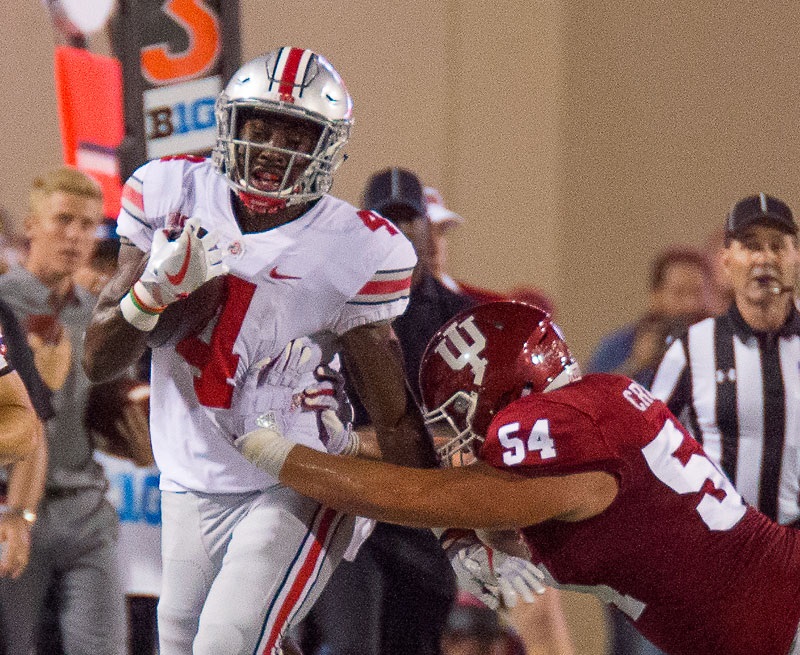 Remember when I said guessing the pass catcher portion of this was tough? Yea, that was before I began taking a stab at the defense.

My list only includes those that I believe will finish the year with at least ten tackles, so that helps a bit. I think Malik Harrison leads the way in tackles, with Chase Young and several Silver Bullets close behind. Young and Bosa will each get their sack tallies started, and Jordan Fuller will get his first interception of the year. A lot of Buckeyes will see the field in this one, so the stats will be spread out quite a bit. 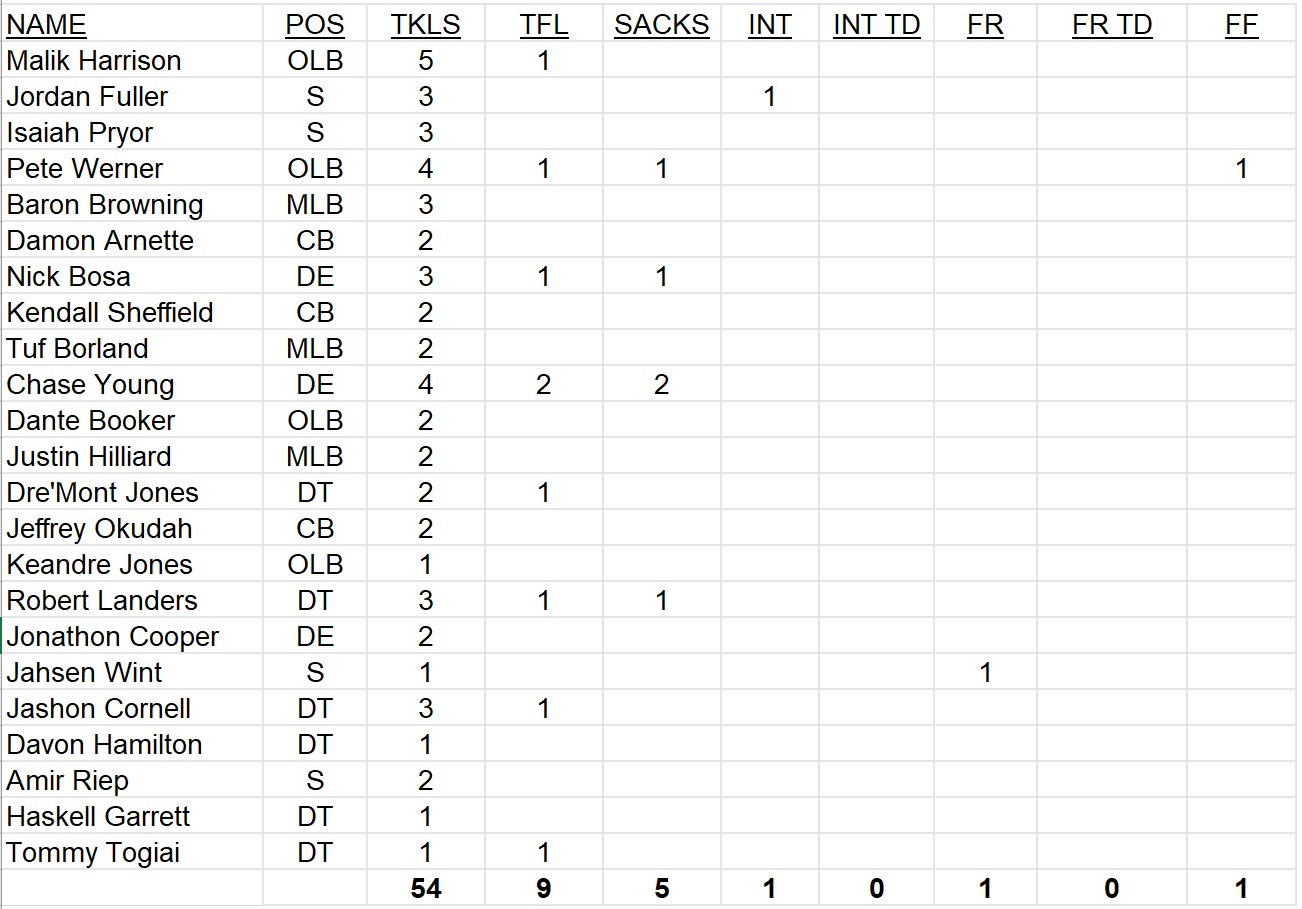 With everything that just concluded in this whole off-the-field debacle… we won’t be attempting field goals in The Shoe in the opener.

My prediction? Pain. Believe that.