There’s definitely a comfort level with me when it comes to picking Big Ten East outcomes that does not exist with the Big Ten West.

Perhaps it’s from the Buckeyes’ schedule and seeing a majority of East teams play on a regular, week-in and week-out basis. That’s not to suggest that I’ll predict more games right in the East than the West, but, well, yea I will.

This West Division is an absolute mess.

Hit up your Google machine and search for Big Ten West predictions. It’ll tell you that roughly six teams have a shot at winning that side of the conference.

For those doing the math at home, that’s roughly 86% of the teams. Or, to put it another way, any school that doesn’t rhyme with Shmillinois could legitimately win the division.

Below is my prediction for each and every Big Ten West football game this season. 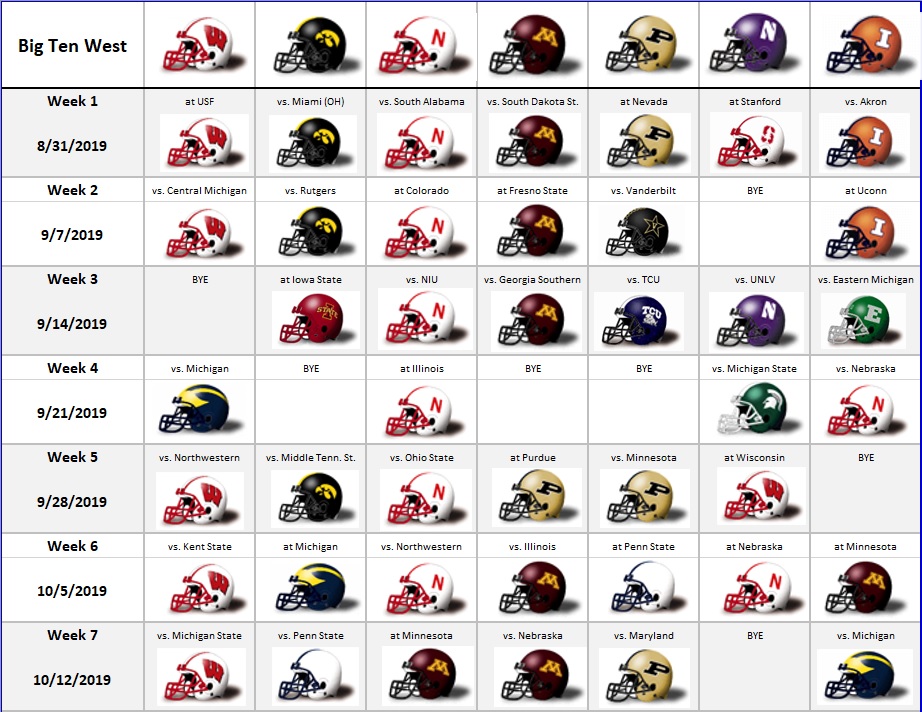 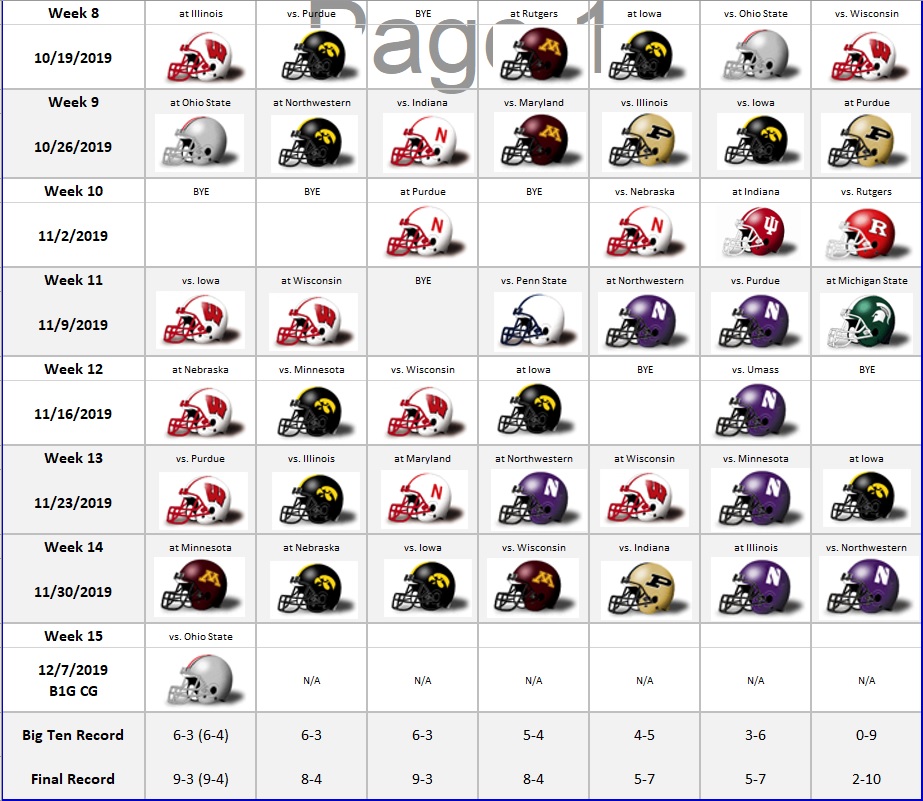 Once again, I’m going with the team that’s been consistently at/near the top of the division standings the most. Wisconsin has been a good team, year-in and year-out for quite a while. Last year wasn’t great, but it was still good enough for a second place finish in the West, despite having a QB that only Pro Football Focus thought was remotely good.

The Badgers have a tremendous running back and I believe that they’ll ride that strength through the bulk of their schedule. On top of that, their secondary is very good and most other units are probably somewhere in the middle of the pack, as Tony’s ratings would confirm. They won’t plow through the conference, as they’ll drop three, but they will win the ones that wind up making the difference in the division.

Though tied with Wisconsin in the conference standings, I have Iowa and Nebraska losing out on a tiebreaker with the Badgers. Iowa has a good season, losing to in-state rival, Iowa State, Penn State, Michigan, but beating Nebraska, Purdue, Northwestern and Minnesota. Similarly, Nebraska has a very respectable 2019 campaign, dropping only three games, but all to divisional teams. They also are the only team to knock off Ohio State in the regular season.

From there, as if I didn’t already take this approach with the three West teams we’ve covered, go ahead and take out a nice, shiny quarter. Quarter in hand, try to balance it on the inside of your pointer finger (nearest your thumb, this is important). Now, and this part is crucial, carefully slide your thumbnail under the resting quarter. Once in position, look at the games on the schedule for Minnesota, Purdue, and Northwestern. Assign either heads or tails to the team and its opponent. Flip said coin by thrusting your thumb upward. Fill in the winner accordingly.

In all seriousness, I’m completely torn on much of the Big Ten West. I’m of the belief that it’ll be Wisconsin, Iowa, and Nebraska at the top. I also feel that Northwestern will have a bad year. Their decline might be due to the increased competition in the division, or just a personal beef/jealousy that I have with people that are both insanely athletic and ridiculously smart.

In a similar boat, I think Purdue has a couple of near upsets, but is unable to put forth an impressive year.