Why: Because at some point, enough is enough. 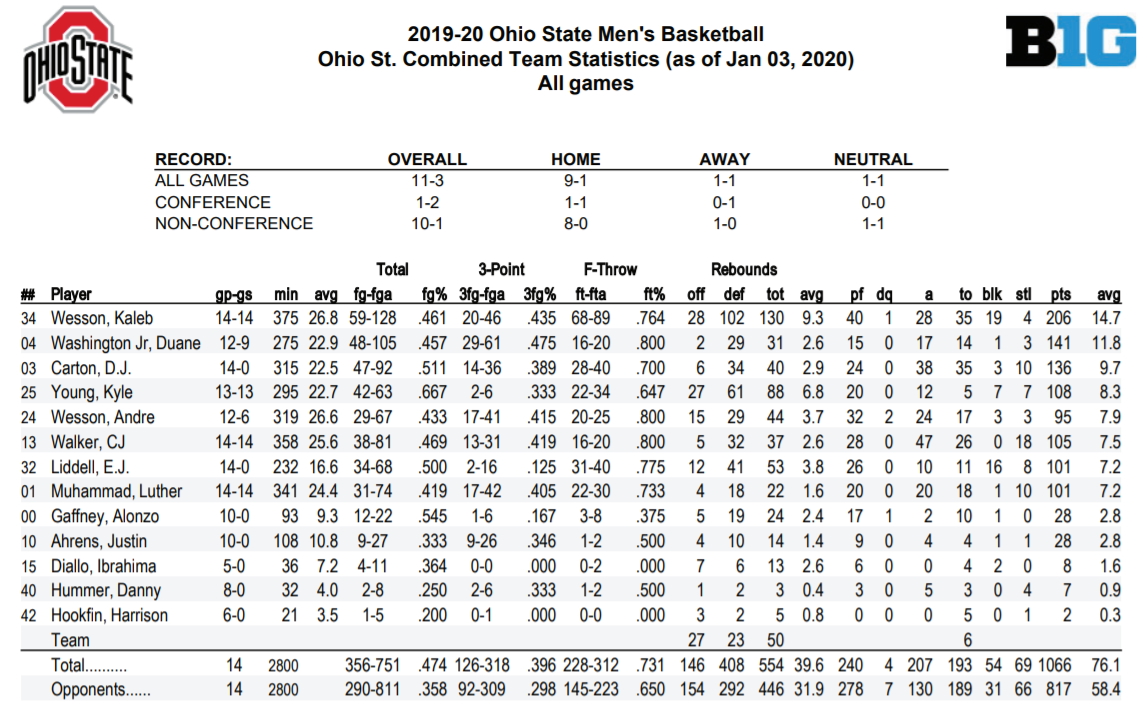 + Forward Kyle Young is doubtful tonight due to his appendix removal.

+ Maryland leads the all-time series with Ohio State 8-6. The Buckeyes are 4-3 in Columbus and 1-5 in College Park. The teams have met once on a neutral court with Ohio State earning the win. Ohio State is 1-0 vs. Maryland when ranked among the Associated Press Top 25. Ranked Maryland teams are 6-3 vs. the Buckeyes with wins in each of the last six games when ranked. Andre Wesson has faced the Terrapins five times, most on the Ohio State roster. He averages 4.6 points and just under two rebounds in the series. Duane Washington Jr. averages 14.5 points and 5.5 rebounds in two career meetings vs. Maryland.

+ Ohio State has 59 players all-time with 1,000 or more career points, the ninth-most nationally and the most of any Big Ten school. Kaleb Wesson is the most recent Buckeye to reach the milestone with 1,012 career points over his career. He became the 37th Ohio State player all-time to reach 500 rebounds with nine vs. West Virginia the last time out. His 22 points vs. Wisconsin Jan. 3 put him over the 1,000-point mark.

+ The No. 12 Maryland men’s basketball team looks to move to 10-0 at home this season as it welcome No. 11 Ohio State to College Park for a 7:00 pm tip Tuesday evening.

+ All-American candidate Anthony Cowan Jr. has posted 10 assists and zero turnovers in the Terps’ last two games. He has scored at least 16 points in eight of his last 10 games, and 20 points in four of those games. Cowan currently leads the Big Ten with 68 free throws made.

+ Cowan Jr. became just the 15th player in Maryland history to score 1,600 points after surpassing the mark against Indiana Saturday. He needs just three points to pass Ernie Graham for 14th on the scoring list. The Bowie, Md., native is 7th all-time in assists (497) and needs just three more helpers to become the seventh player in program history to reach 500. Cowan is one of three players in program history with 1,600 points and 450 assists (Greivis Vasquez, John Lucas).

+ Sophomore Jalen Smith ranks second in the Big Ten and 10th nationally with eight doubles-doubles through 14 games, after recording 11 points and 10 rebounds vs. Bryant. Additionally, Smith has recorded at least two blocks in 11 of 13 games. The Terps rank second in the Big Ten and sixth nationally in rebounds/g (42.6) and second in the league in offensive rebounds/g (13.6). The Terps are also third in the conference in both free throws made and free throws attempted.