Well *takes deep breath* it happened again. My statistical projections were impacted when OSU played down to its competition and was unable to separate from the Golden Gophers until late in the game. For a majority of the contest, Minnesota was within a score of Ohio State, even leading for several minutes in the second quarter.

What’s most concerning, in my humble opinion, is that the Gophers were far and away the better rushing team. On 33 attempts they were able to amass over 170 yards, averaging over five yards per carry. The Buckeyes, on the other hand, managed less than three yards per carry and often appeared unable to create any sort of push at the line. In addition, Minnesota executed a bevy of RPOs (run pass option) reading the linebacker and delivering slant after slant against OSU. In order to get past teams with proficient passing attacks, Greg Schiano will need to game plan something better than what was done last Saturday.

Luckily for the Buckeyes, they recruited a QB out of Maryland that may just be the best passing quarterback the school has ever put onto the field. Hyperbole or not, Dwayne Haskins again shredded the opposing secondary. This time, he did so to the tune of 412 yards, 3 TDs and no interceptions. He’s already breaking school records, seven games into the year, and will only continue to do so. His efficiency in the passing game kept the Buckeyes on top and allowed them to head into week eight without a blemish on their record.

As with each week, here are the places that I did well in my week seven projections… and several more on which I was unable to connect. 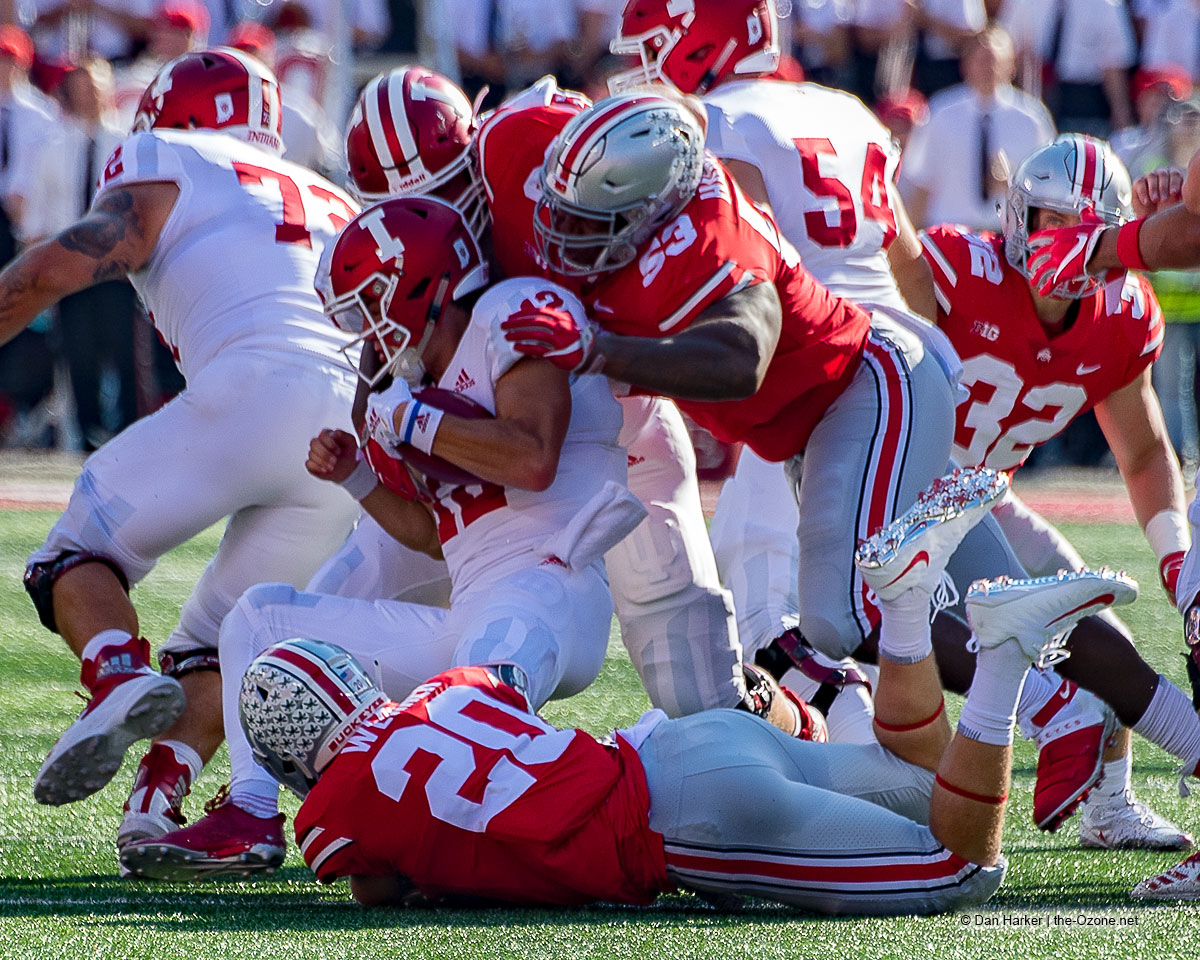 The Buckeyes were often lethargic again, allowing Minnesota’s RPO to baffle them on numerous occasions. This, in turn, led to more big plays given up and a game that was much closer than any of us would have liked. On top of that, we saw more incidents where OSU’s DBs were hit with pass interference calls or allowed long passing gains because they didn’t look for the ball.

Thank God this week we have… *checks notes* … a pass-happy team, on the road, at night. Super.

While I don’t believe that Purdue will get the best of the Buckeyes. And, I’m of the belief that a night game is actually a good thing in that it will ensure that Ohio State is amped up and ready for the task at hand. However, I do believe that this Jeff Brohm coached team will exploit the Buckeye defense in much the same way that other teams have this season. The scary part is that Purdue now has some talent on the field again that can turn broken coverages into six points in a heartbeat.

Ohio State will win this one, and head into their bye week undefeated, but not without taking some Boilermaker punches and grinding out another late victory. The saving grace for OSU is that though Purdue can throw the ball, they also cannot stop it. They’re currently 108th in the nation in passing yards allowed. And, every single one of the 1600+ yards that they’ve given up came against someone not as good at throwing the ball as Dwayne Haskins.

You know that scene in Major League where veteran catcher Jake Taylor, when signaling a pitch to Rick Vaughn, says to the batter, “What should we call now? Let’s see how the kid feels about the old ‘number one.'” That’s basically Dwayne Haskins at this point in the season. Everyone knows what’s coming. Haskins is going to throw the ball over 35 times, and he’s going to do it well. Line up however many you’d like in the secondary, it’s coming, and you won’t stop it.

Now imagine if, instead of Clu Haywood, arguably the best power hitter in the American League in the aforementioned classic film, Rick “Wild Thing” Vaughn were pitching against a utility infielder that bats .215 and couldn’t hit the ball out of the park in a home run derby. That’s Purdue’s pass defense.  Haskins will eat on Saturday night. In fact, I think he’ll go for over 400 yards… again.

This is the first time that I’ve predicted a rushing total below 150 yards, but that’s what I am going with. Purdue’s rush defense, though not impenetrable, by any means, has been good this season. They give up, on average, just under 147 rushing yards per game. The Buckeyes certainly have the talent to put up bigger numbers, but until they do so on the field, I’m going to temper my rushing expectations in these write-ups.

I think Weber, who’s been the more productive of the two backs this season in ypc, will get more overall touches than Dobbins in this contest, albeit by only one. He’ll keep with my first point and gain over five yards, with Dobbins just below that. Weber will also get into the endzone for the Buckeyes’ sole rushing TD in this game. With that said, I have Dobbins with a couple of decent gains in the receiving game, boosting him back ahead of Weber in total yardage when all is said and done.

Pick against K.J. Hill and Parris Campbell, if you’d like. Me? I’ll continue riding those statistical monsters for another week. I see Campbell breaking through on multiple big gains, including a 40+ yard score. I also have Hill reaching the endzone twice and crushing Purdue’s weak pass D on many big gains across the middle of the field where he’s so dangerous.

Mack, McLaurin and Dixon combine for ten receptions and over 100 yards, with the first two celebrating TD catches along with Hill and Campbell. Berry, Victor and Farrell round out the passing game fun, all grabbing catches and boosting Haskins’ yardage total.

The Buckeye secondary found itself with more tackles than the linebackers in the game against Minnesota, and I believe that will be the case again against Purdue. They’ll look to throw often and keep OSU uncomfortable on defense with quick slants and outs. I’d be surprised if the Boilermakers and David Blough attempt less than 40 passes against the vulnerable Silver Bullet secondary.

With all of the pass attempts, they’re bound to slip up a couple of times. Blough does a good job of avoiding interceptions, but when forcing the pass game against superior talent, especially in a high-pressure home game, mistakes are bound to happen. Jordan Fuller and Shaun Wade will each come away with a pick. In addition, Chase Young, Jashon Cornell, and Dre’Mont Jones will look to pressure Blough early and often, and each will get a sack (as will LB, Pete Werner). 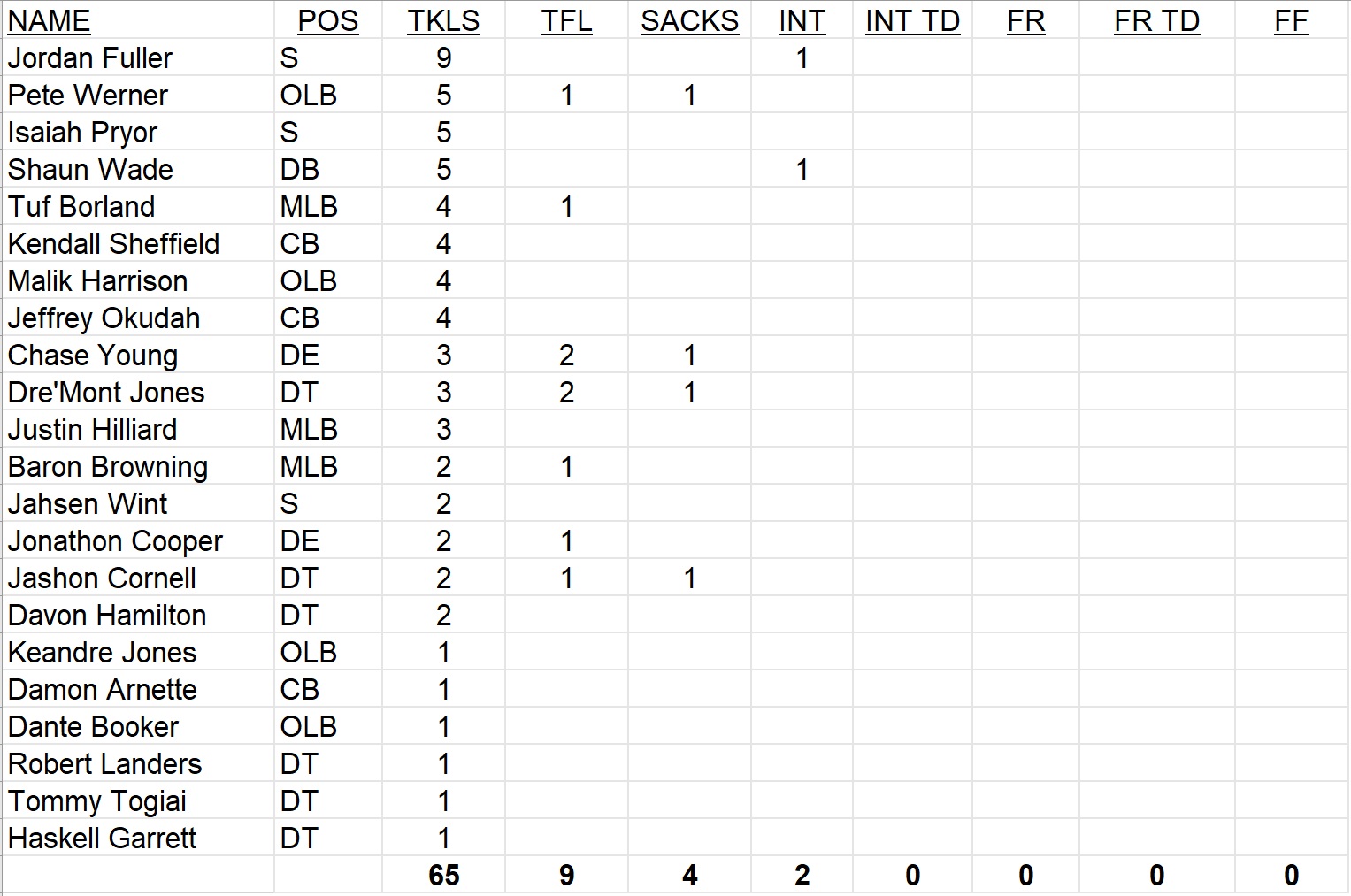 Haskins tosses another five touchdowns, putting him within a game’s reach of the school’s season record. Weber runs for a short score, and whomever lines up to kick the PATs does so on all six occasions. In addition, a stalled drive leads to another made field goal for Mr. TBD.

Purdue tests the Buckeyes but falls short in the end.